Posted on September 17, 2012 by Naija Gists Leave a comment 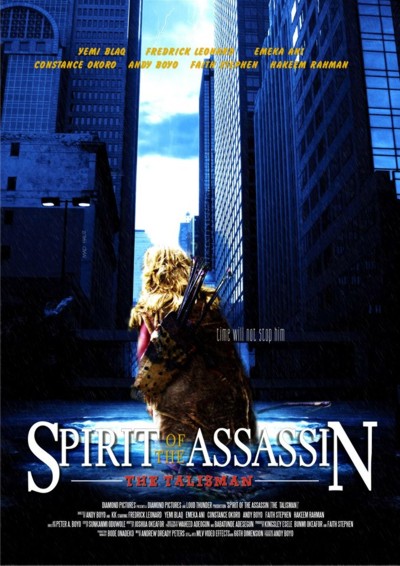 After storming South Africa, Zambia and Lesotho with four blockbuster movies in the last couple of weeks, one of the leading film distribution and marketing companies in Nigeria, Nollywood Cinemas alongside its parent company, Diamond Pictures, is set to invade Nigeria cinemas with two blockbusters.

The big budget movies are Untamed and Spirit of the Assassin (The Talisman).

In the words of Mr. Andy Boyo, head of Nollywood Cinemas and Diamond Pictures, the flicks which were premiered at the Maponya Mall in Soweto, South Africa on 26 July have also been shown at Sterkinekor Theatres, the largest Cinema chain in South Africa.

Both great works also showed at the pioneer Mall in Maseru, capital of Lesotho and the Arcades tucked in the heart of Lusaka, the capital of Zambia.

“Now, we are fully back to let Nigerians, especially movie buffs, have a feel of these two wonderful and riveting movies, which will soon hit our major cinemas nationwide,” Boyo explained.

Spirit of the Assassin, an action packed thriller directed by Andy Boyo and co-produced by the trio of Kingsley Esele, Bunmi Okeafor and Faith Stephen, tries to unravel the mysteries surrounding several high profile assassinations within and outside Nigeria.

Surprisingly, a further peep into the synopsis of the fast-paced and adventurous film reveals that it solved some of the high profile assassinations that made global headline news.

“Watch this non-stop action movie with your family and loved ones for answers to most of the unresolved high profile assassinations in Nigeria,” says Mr. Peter Armand Boyo, the Art Director of the gripping film.

Starring in Spirit of the Assassin are some respected thespians in Nollywood such as Yemi Blaq, Frederick Leonard, Constance Okoro, Andy Boyo, Hakeem Rahman and Faith Stephen.

Meanwhile Untamed critically examines the inglorious and vexed issue of same sex marriage in the African society. The highly controversial movie,  full of unusual romance and love scenes will definitely thrill and enthrall movie buffs when it hits cinemas soon.

The synopsis according to Andy Boyo, the director of the contemporary movie significantly captures the plot of the story: “Legislation had just been passed outlawing same sex marriage in the community, Vera, Flora and Alice’s attendance of the first ever gay wedding in the dead of the night, results  in chaos. On the other hand, Johnny’s upbringing by his mother was to respect women and abstain from sex before marriage. Little did he know that he would remain a virgin, even after marriage to Vera. The twists and turns of the events that occurred in Johnny’s matrimonial home, with Alice acting as referee reached a turning point that led to the unforeseeable,” hinted Boyo.

Leading entertainers who sparkled in this unconventional and engaging flick include: Patience Ozokwor, Van Vicker, Chinwe Issac, Deborah King and a host of others.

It was jointly produced by the trio of Kingsley Esele, Faith Stephen and Arinola Alabi, for Diamond Pictures.