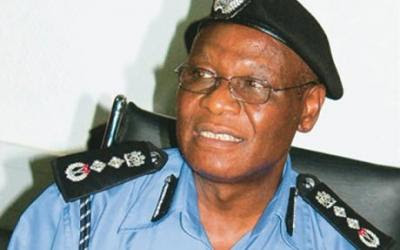 Instead of arraigning Ehindero and Mr. John Obaniyi, a suspended Commissioner of Police in-charge of Budgets at Force Headquarters, ICPC applied to amend the charges against the suspects.

The ICPC was supposed to arraign the suspects on a six-count charge of corrupt enrichment of N300 million.

The anti-graft commission said that the amount was part of N567million meant for the purchase of arms, ammunition and riot control equipment donated to the Nigeria Police by the Bayelsa State Government.

The suit, with file number FCT/HC/CR/92/2012, was filed on behalf of ICPC by Mr. Paul Bassi before Justice Mudashiru Oniyangi of the Abuja High Court.

On June 6, the agency failed to arraign the suspects and said it could not serve them the court processes because it could not locate them.

Thereafter, Oniyangi ordered the commission to arraign Ehindero and Obaniyi on June 28 unfailingly.

But at the resumed sitting of the court, the ICPC counsel, told the court that the commission had filed a motion, seeking leave of the court to amend the charges against the suspects.

He said the commission intended to withdraw the charges and replace them with new ones.

He said that the ICPC had served Ehindero the amended charge on June 26 but only served the second suspect in court on Thursday.

In his response, counsel to Ehindero, Chief Mike Ozekhome (SAN), told the court that the ICPC application was not ripe for hearing because the agency served his client late.

“The attempt by the ICPC to move its motion for amendment of charge is premature at this stage.

“We are entitled to 48 hours under the law to look at the new charges so that we can prepare ourselves,” Ozekhome said.

He said that his client had filed a preliminary objection challenging the competence of the ICPC to arraign him.

In his submissions, counsel to Obaniyi, Mr. Abraham Odariko, said that his client was served the amended charge on June 28 when the court was about to sit.

Odariko said that he needed time to look at the amendments by ICPC, adding that he had also filed a preliminary objection challenging his client’s arraignment.

But the judge told Odariko that his preliminary objection was also not ripe for hearing.

“What are you objecting about at this stage? The suspect has not even been arraigned yet.

“The prosecution is just coming to seek the leave of the court to amend charges,” Oniyangi said.