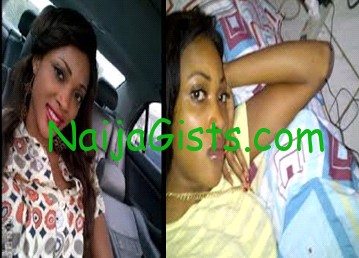 You must have heard the story of a woman Cynthia Osokogu who was declared missing last month. naijagists.com

The latest on Cynthia is that her corpse has been found at a mortuary in Lagos.

According to a report, Cynthia, who was a post-graduate student of Nasarawa State University was attacked and robbed in a hotel where she lodged in Lagos.

Cynthia Osokogu‘s corpse was discovered at the mortuary on Saturday.

The deceased is a 24 year old daughter of retired Major General Frank Osokogu. She came to Lagos to shop for her boutique in Nasarawa.

She didn’t inform anyone where she’s going or who she’s meeting.

Her alleged killers have been arrested.