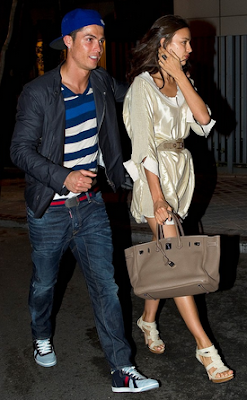 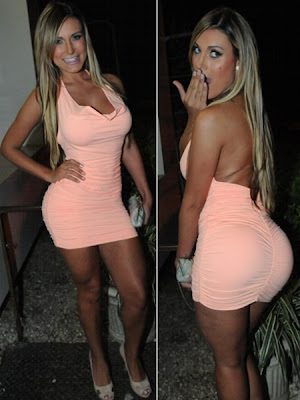 Talented footballer Cristiano Ronaldo is working tirelessly to win back the lover of his long-time girlfriend, Irina Shayk after he allegedly cheats on her with Brazilian model, Andressa Urach.

Andressa Urach, the former Brazil’s Miss Bum Bum claims he had a 48-hour sex romp with the Real Madrid player in an unspecified hotel.

Andressa further said she hooked up with Cristiano Ronaldo after a series of sexy text messages.

”He calls me little horse and is obsessed with my butt.The sex was incredible, his body’s perfect, like a Greek god. He went on for hours and would not stop talking about my butt”.
Ron began sending Andressa texts after spotting her pics online and later spoke to her via internet service Skype.

“I have always thought Cristiano is one of the most gorgeous men in the world, so I couldn’t believe it when he got in touch with me.”. – Andressa said

Cristiano Ronaldo has however deny the report via his Twitter page. He claim he was at the hotel for a press briefing.