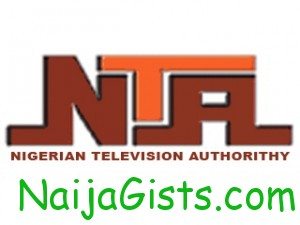 Nigerian television authority is a government owned news broadcasting station that is mainly in charge of airing latest news around Nigeria.

NTA was inaugurated in 1977

According to NTA’s claim, they are the largest African stations.
Its formerly called Nigerian Television, NTV.

NTA have branches in the following cities in Nigeria

As at the time of this report, NTA doesn’t have an official website as a visit to https://www.nta.com.ng is broken.