Oct 2nd, 2012 – My Wife Forced Me To Remove My Dreads – Comedian Basketmouth

Comedian Basketmouth in an interview revealed the secret behind his new look. naijagists.com 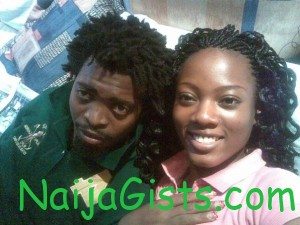 He claims his wife, Elsie Uzoma forced him to get rid of his dreads.

“She actually wanted me to take off the dreads for a while now. But I couldn’t take out the look completely so I told my stylist to keep some hair, but give me a new look. We settled for the Mohawk style. I did it partially for her and she loves the new look”