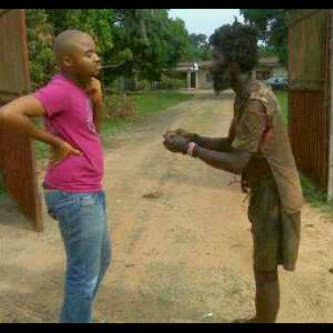 Residents told our correspondent on Tuesday that the man dragged one elderly man off a motorcycle and smashed his head with a stone.

It was learnt that two other persons were also attacked and were rushed to the hospital. One of them was later reported to have died.

An eyewitness, Mr. Udeme Okon, told PUNCH Metro that the incident caused panic and slowed down business activities in the area.

Okon stated that the mentally ill man fled when angry youths came out to attack him.

Another witness, Mr. Femi Williams, said the man was initially begging for money, adding that he started attacking people when nobody answered him.

He said, “When policemen came to rescue the people, the man also attacked them.”

“The incident was just unfortunate. Nobody can tell what sort of anger might have made the mentally ill man to descend on the people the way he did,” he said.