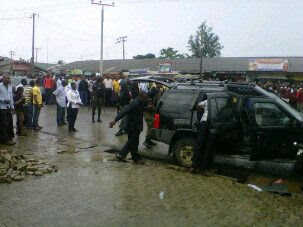 A brutal armed robbery incident that took place today at the Skye Bank in Port Harcourt has claimed two lives.

According to the report, 4 armed robbers who drove to Skye Bank on Agip road this afternoon.

The mobile police men around the area quickly engaged them in a shoot-out battle.

2 out of the 4 robbers were killed while the others escaped. 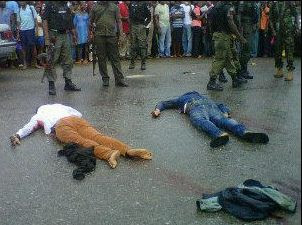 What a sad way to end it all.