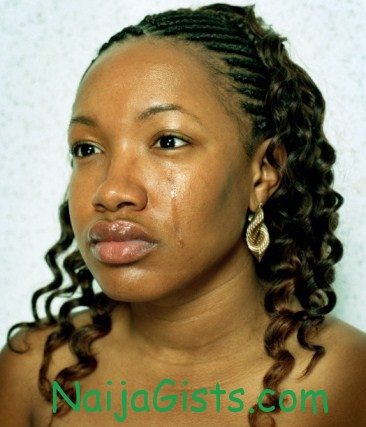 I’m a 52 year old divorced woman, I live alone with my 3 beautiful kids.

Exactly 12 months ago, I started dating a 48 year old man

Our relationship developed from there and he often come for a visit in my house.

After being a great friend for months, I developed trust in him. I even gave him a copy of the key to my apartment.

Besides, my daughters were grown up to appreciate that I need a man in my life. Well, I thought I could trust him so I gave him permission to come to my house whenever he likes I am in or not. I also assumed my daughters were responsible enough to see him as their father. Unfortunately, I miscalculated. Unknown to me while he was having affairs with me, he was also sleeping with my two older daughters.

To my surprise I took my eldest daughter for a checkup at the hospital after she complained of constant malaria.

To my surprise she was declared pregnant.

At 28, my daughter has never been pregnant. I was happy for her thinking it was the man I knew her with was responsible. Then, it didn’t even occur to me that he [my daughter’s fiancé] has been out of Lagos for three months.

It wasn’t until we got home that the real problem started. We met my boyfriend at home. While I was still thinking of how to break my news to him, a text message came to his phone. After reading the text, he became very agitated so much so he lost concentration.

I was so concerned. I forget what I was about to say and snatched the phone from him to know what got him me very suspicious; I quickly transferred the message to my phone before handing it over to him. I did the transfer while he was struggling to take the phone away from me so, he wasn’t aware of what I did.

I almost fainted when I read the text and discovered it was my daughter telling him that we were both pregnant for him and he should tell me to abort the baby since she was going to keep hers.

She told him if he tried to play smart with her, the whole world would know that he has been sleeping with her mother, sister and herself.

The worst thing now is that he is nowhere to be found. I have tried getting him on his phone numbers but none is going through. The friend I know him with says, he doesn’t know his whereabout and has bluntly refused to take me to his house.

My second daughter has left home for an unknown destination following the revelation by her sister that she too has been sleeping with him.

At this stage in my life, I’m very confused.

Who will believe my story. After thinking about this for a while I have decided to share this on my most loved site hopefully someone will advice me on what to do.

Myself and my daughter are pregnant for the same man?

What do you think I should do?

Liberal readers please share your input with this woman.