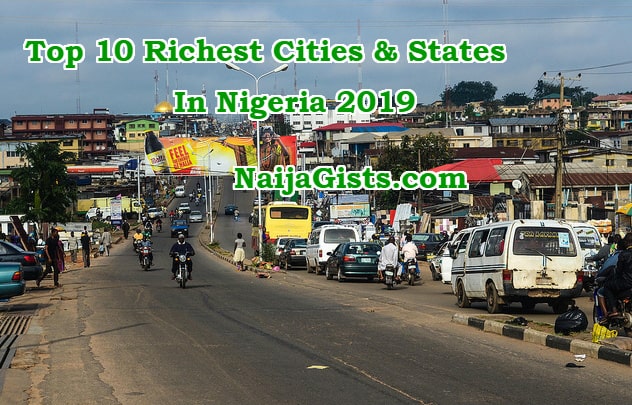 According to the United Nations, Nigeria is the 6th most populous country, and also the most populated black nation in the world. This conveniently makes Nigeria the largest country in Africa, by population. While Nigeria enjoys massive superiority in terms of population, reverse is the case in terms of land area. In the same vein, she is one most impoverished nations in the world. In this article, we are going to be looking at how Nigeria’s population, landmass and wealth are distributed across geopolitical boundaries and entities known as states.

Nigeria has a total of 36 States, exclusive of the Federal Capital Territory (FCT), and there are significant disparities between these states, with respect to population, land area and wealth. Let us take a look at some of the richest, largest and most populated states in Nigeria. Read on!.

Most Populated States In Nigeria 2019

Nigeria, as a single unit, has an estimated population in the region of 200 million (UN estimate 2018). This meteoric figure is not evenly distributed across the thirty-six states (and the FCT) of the federation. As such, some states are significantly more populated than others. At present, the most populated state in Nigeria is Lagos State.

Lagos state, according to recent estimates by the National Population Commission & the UN, has an estimated population in excess of 21 million. The state is located in South-Western region of Nigeria (Yorubaland). It is widely regarded as the commercial hub of Nigeria.

The foremost position of Lagos State has been attributed to the high rate of immigration; inflow of people seeking greener pastures into the state. Despite being a Yoruba state, it hosts settlers and inhabitants from every sociocultural and geopolitical zone in Nigeria and beyond. Hence, it is often referred to as a “No man’s land”.

Other states that make up the top 10 most populated states in Nigeria include:

The phrase “largest state”, in this context, indicates the state with the largest landmass. Nigeria has a land area area in excess of 923,000 Km2, and this, just like the population, is not evenly distributed across the thirty-six states of the federation and the FCT. A chunk (the largest portion) of Nigerian landmass is located in the Northern part of the country, and the largest state is Niger State.

Niger State is located in the North Central region of Nigeria. It is a landlocked area, with a landmass of about of 76,323 Km2. Also, it is interesting to note that the top ten largest states in Nigeria are all located in the northern part of country.

Below is a summary of the largest states in Nigeria and their respective landmasses.

The Smallest States In Nigeria And Their Population

Below is a summary of the smallest states in Nigeria, as well as their corresponding population.

Largest City In Nigeria In 2019

Ibadan metropolis has a land area of about 3,000 Km2, while the urban centre has an estimated land mass of 7,000 Km2. This makes the city of Ibadan the largest in Nigeria and the whole of West Africa.

Richest States in Nigeria In 2019

In most parts of the world, geographical and sociocultural superiority (expansive landmass and high population) does not always translate to socioeconomic prosperity (wealth). This is especially the case in Nigeria, as the largest states (by land area) are, ironically, the poorest. Nevertheless, the richest state in Nigeria, by many standards, is Lagos state.

Below is a summary of the top 10 richest states in Nigeria and their GDPs (Gross Domestic Product).

Most Developed States in Nigeria In 2019

By global standards, development is a function of availability of basic infrastructure and amenities, as well as the overall standard of living. Some of these range from good transportation network to electricity to health & education services. With respect to these factors, only few states stand out in Nigeria.

Most times, the standard of living and the level of infrastructural development in a state is wholly dependent on the wealth (federal allocation and IGR) of such state. However, many states in Nigeria are impoverished due to corruption and mismanagement of funds both at state and federal levels.

Nevertheless, the most developed state in Nigeria is arguably Lagos state, with respect to its unparalleled infrastructural development and high GDP.

Below is a summary of the top ten most developed states in Nigeria, with respect to infrastructural development, standard of living and IGR.

Largest LGA in Nigeria By Landmass In 2019

The largest local government area (LGA) in Nigeria is Borgu LGA in Niger State. It has an estimated landmass of about 11,000 sq.km and a population of about 120,000.

Below is a summary of the top ten largest LGAs in Nigeria by landmass.