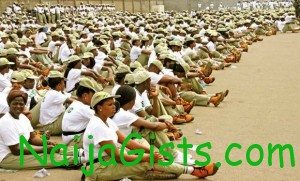 National Youth Service Corps (NYSC) relevance debate has begun again following the controversial posting of youth corps members to volatile parts of the country many would prefer to call Boko Haram states in the north.

A similar debate ensued last year after many youth corps members serving in the North were massacred in the wake of the violence that greeted the outcome of the April presidential election.

Although the General Yakubu Gowon administration established the NYSC scheme in 1973 to foster unity among Nigerians, over the years its relevance has come under severe scrutiny, with some Nigerians saying it should be scrapped because the lives of the nation’s youths are no longer safe in the places of their primary assignment.

Many Nigerian fresh graduates who participated in the scheme in the 70s, 80s, 90s and even the last decade would attest to the fact that the scheme was well thought out because it enabled them know the cultures and mingle with peoples of tribes where they were posted to serve. That pleasant experience has since given way to the nightmarish experience current youth corps members face in the light of the prevailing serious security challenges across the country.

Because of the youth corps members’ vulnerability and the fact that they are in strange lands, they have now become easy prey for bombers, gunmen and even kidnappers. It was because of the grave danger the youths were going to be exposed to that many condemned the obstinate decision of the NYSC management to post the corps members to bomb-ravaged states in the North. Were it not for the strident condemnation by parents, Nigerians and the rejection of the posting by the corps members themselves, the NYSC management would have gone ahead to send the youths to the trouble spots.

No parent would want his or her child to die because of the compulsory one year national service. It makes no sense. Imagine the agony of parents who lost their children serving in the north last year during the violence caused by the outcome of the presidential election in April. After this tragic attack on youth corps members, parents have become wary of allowing their children serve in volatile parts of the country.

The management of the scheme must always take the safety of the youths into consideration before posting them. It is not just enough to say their safety would be guaranteed only for them to be abandoned to their fate when they come face to face with danger.

It is unreasonable to send our youths to go and die just because they want to serve the country; a country that cannot provide jobs for them after they complete the service.