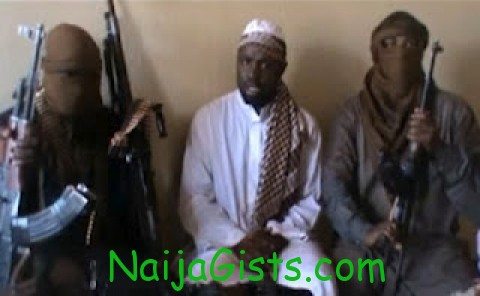 Despite the claim by the Boko Haram Sect members that they are not negotiating with the Federal Government, the President Goodluck Jonathan’s administration has insisted that is in talk with the group on how to stop the bombings and killings in the northern region.

Besides, the Presidency argued yesterday that the refutal might be coming from one of the goup’s factions.

It will be recalled that Abu Muhammad, who claimed to be the second in-command to the sect’s leader, Abubakar Shekau, alerted Nigerians disclosed that there is ongoing talks between the government and the sect.

But, Boko Haram spokesman Abu Qaqa, in an e-mail statement last week, denied that the group had been meeting with government officials as widely reported in the media.

“We believe that the purported Abu Mohammed – who was quoted to have blown the lid over the alleged talks from Saudi Arabia – is the creation of the Nigerian government in order to mislead Nigerians on the crusade we are waging and that by the grace of Allah, they will not succeed.”

However, the Presidency said there is nothing to worry about over the issue.

Reacting to the controversy, Special Adviser to the President (Media and Publicity), Dr. Reuben Abati, assured that President Goodluck Jonathan is tackling the matter through multi-faceted levels.

The presidential spokesman revealed that the said dialogue is not the conventional talks.

He noted that the government has adopted the back room channels to reach the  Boko Haram sect.

“When government says it is already talking to Boko Haram, the form of that dialogue must be properly understood. I think a lot of people are under the impression that the dialogue involves a situation whereby government officials are sitting on one side, Boko Haram persons are sitting on the other side in an air-conditioned room and there are negotiations across the table.

“That is not the form of the dialogue. The form of the dialogue is that back room channels are being used to reach across with the sole objective of understanding what exactly the grievances of these persons are, what exactly can be done to resolve the crises, in the overall best interest of ensuring peace and stability in Nigeria and the security of life and property.

“And all of this is consistent with the position of Mr. President. So what is called dialogue is at many levels: through back room channels and through multi-level, constructive interventions to address a difficult issue that is multifarious.”

Abati added: “One thing that is noteworthy is that the Boko Haram spokesperson made it clear that they were prepared to go a step further to ensure that persons who are using the name of Boko Haram for political and criminal purposes are identified and checked.

“What that original statement indicated was that indeed Boko Haram has many faces. It confirms that this thing called Boko Haram is such a multifaceted phenomenon.

“The true situation has already been stated by the Minister of Information on two different occasions. First in an interview, second through a press release, namely that the Federal Government is involved in dialogue with Boko Haram.
“You will recall that what led to this is that a spokesperson for Boko Haram issued a statement confirming that government and some leaders of Boko Haram were already discussing; in that particular statement the issues being looked at were clearly identified.

“You will recall that in one instance, during a Presidential Media Chat, President Jonathan had made it clear that the Boko Haram phenomenon, the terror phenomenon in Nigeria, is quite a novel phenomenon and that many of the persons involved in the low level insurgency are not known, they have not come forward. However if such persons should come forward, government will grant them a listening ear to know what it is that they are after. Again the President is on record, as having made it clear that government’s approach to checking the Boko Haram insurgency is at many levels.

“The available option, according to Mr President, is not solely one of military action or police action and it is on the basis of this that he had reached out to leaders of political thoughts in the parts of the country that are affected.

“It is on this basis that President Jonathan held a lot of meetings with politicians from the Northern states. Because his position is that look, this people, yes they may not come forward but they are not ghosts, they live in communities. They are members of the Nigerian community, there would be persons who know them. There would be leaders in these communities, in these villages, in these towns who may have an idea and such persons needed to be carried along to assist in addressing the Boko Haram issue. When government adopts this approach, it does not mean government is abdicating its responsibility to ensure that persons who go against the law are sanctioned.

“There is even a third level of intervention, the economic and social level of intervention. In this regard, President Jonathan has made it clear that many of the efforts being directed towards the affected parts of the country are meant, in fact, to redirect the energies of the youths and this is the whole point of using the agricultural sector to transform lives, to create wealth, to create a value chain, the end of which is to create jobs and to engage young people more effectively. This government has a robust agricultural transformation programme that has been justly praised by IFAD and the World Bank.”
Abati also said: “The Jonathan administration has been providing wider opportunities for many of the youths in the affected parts of the country to be able to go to school. No other government before now has done as much. Get them off the streets, engage them meaningfully and then, of course, you know that the government introduced the You Win programme, and several other pro-people initiatives and policies.

“So, this is the issue at this stage, but one thing you should also note is that the Boko Haram, as has been admitted, even by its spokespersons, is a phenomenon that has mutated. So it is not unusual that you will find a situation whereby a variant of the mutation may express a view that sounds like it’s contradicting the other. What is certain is that government is considering all of this, government is taking on the issue frontally and through back room channels, with the assistance of a number of persons who have an understanding of the sociology and the character of the problem.

“You must admit of course that a lot is being achieved. Within the last one year and more, you can see that a lot has changed in terms of the knowledge that has been gained about the nature and character of the problem. A lot has been done, and a lot has been achieved in terms of the capacity of the state to deal with the problem. What President Jonathan is asking for as his government tackles this issue from the various dimensions that we have identified, the political, the economic, the social and also, law enforcement, what he calls for, what he demands from Nigerians is support.”