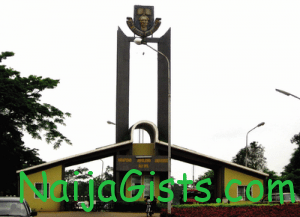 It was the beginning of union activities at the Obafemi Awolowo University, OAU, Ife, Osun State, when the ‘rested’ student union was recently revived by the school authority.

“Everybody is excited about the reintroduction of unionism in the school after years of absence. People have begun to paste posters for different offices and everywhere is bubbling. I think it’s a pretty good feeling for us all,” she said.

Although the school authorities are yet to make the terms and condition for the re-instatement known, the students have expressed victory in what they saw as a way of regaining their freedom.

According to James Akinyemi, a 400-level Food Technology student of the institution, “Some students met with the school authorities and after several meetings, the school agreed to the revival of student unionism in the school.

“It’s something we’ve been looking forward to because everything in the school has been turned upside down. Our cafeteria isn’t functional again; the school has become dull with curfews here and there, especially when there is power outage.”

While James believes in unionism, he says the students who are supposed to be their leaders will determine how well the whole affair will end.

“Let’s see who ends up being the president and the others in his cabinet. That’s when we’ll know if it’ll work or not. But for now, we are hoping that it works,” he enthused.