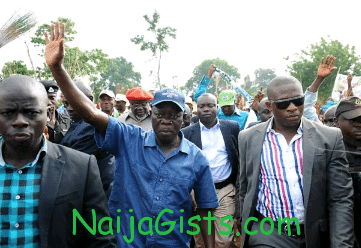 Following alleged land tussle between Okha and Uroho communities in Ikpoba-Okha Local Government Area of Edo State, unidentified gunmen suspected to be from Uroho village, Thursday attacked Okha village, killing two persons in the process. The land tussle was believed to be over boundary dispute between the two communities.

Two dead bodies identified as those of Prince Bernard Eweka and another simply identified as Bruno were recovered from the bush. One of the leaders of Okha community, Osaze Idemudia, who confirmed that the attack was over a land dispute, said the gunmen invaded their community on Thursday in a commando style and shot sporadically in the village. According to him, several women and children were caught unawares by the attackers from Uroho community.

He confirmed that others hit by bullets were rushed to the hospital, adding that the two dead bodies were recovered from the bush yesterday. Unconfirmed report has it that policemen from the Edo police command drafted to the area have arrested one of the attackers. Edo State police spokesman, DSP Anthony Airhouyo, said he was yet to be briefed officially by the DPO in charge of the area.