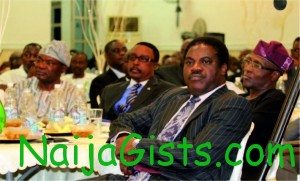 Stakeholders in Lagos State, southwest Nigeria, have called for the development of a comprehensive energy strategy as a way out of the crippling energy crisis in the country.

Speaking at a three-day workshop on Energy and Climate Change organised by the International Society for Energy and Environmental Development, ISEED, at the Sheraton Hotel and Towers, Ikeja, Lagos, the stakeholders decried the  horrible state of power supply in the country.

Lagos State Commissioner for Energy and Mineral Resources, Engr. Taofiq Tijani, said Lagos was of the view that such a strategy should encompass a broad range of issues and address all aspects of the country’s energy sector as consultation was a first step in gauging the opinions and issues as they affect the citizens and those with vested interest in the development of the sector.

“We also believe that the time is long overdue to lay the groundwork that will benefit future generations of this country as our energy strategy should focus on the development of renewable and non-renewable resources framed within the context of maximising benefits and generating and retaining wealth in Nigeria,” he said.

Tijani, who spoke on the topic: Towards a Sustainable Energy Power Infrastructure Development in Nigeria, said: “The strategic development of all available energy resources in the country will produce significant direct and indirect benefits with good paying jobs and can also potentially be one of the levers to assist in addressing some of  the challenges faced by our rural communities.”

He recommended that the development of any and all energy resources should be done with the public interest as the priority, saying that the nation’s energy resources must be developed in a manner that will ensure that the owners of the resources receive maximum benefits and that future generations were also able to see the benefits of the vast energy resources.

“We need to make concerted efforts in tapping into, and maximising employment related opportunities from energy related activities in the development of renewable and non-renewable energy resources as we have a highly skilled workforce in the country. “We need to ensure that the gains that are derivable from energy infrastructure investments are well utilised and properly managed for the use of the citizens in such a way that the standard of living of all are enhanced economically and socially,” he stated.

According to him, “we need to ensure that strict and adequate regulations are in place to safeguard the environment  and that enforcement is also in place as energy development cannot come at the expense of the environment. “Energy efficiency and conservation must be the backbone of critical elements of strategic dealings. Such initiatives relating to energy audits and refits are essential in addressing efficiency and conservation issues.” General Manager, Lagos State Electricity Board, Mrs. Damilola Ogunbiyi, lamented that the nation could only boast of an installed capacity of 6,000 mw to serve a population of 150 million people.

“Disheartening as this present day reality may be, it offers us a window of unparalleled opportunity, as the best of human achievements had been made in periods of extreme challenges offered by adversity. Today, the challenges facing the electricity power infrastructure, though daunting, are surmountable,” she said. The President, ISEED and Director, Electrical, Lagos State Ministry of Works and Infrastructure said that since 1896 when electricity was first generated in the country, it is despicable that over a century, the nation still generate a paltry 6,000mw.

He said with 6,000mw being generated, it meant that 12 people utilise an average of 40 watts when viewed with a population of 150 million people, saying; “We have a crisis in our hand. “100,000mw is what we should be talking about when you have a population of 150 million people. Lots of industries have folded up, throwing several people into the unemployment market. We need to focus attention on how to get the energy sector right. “We need wind and solar energy to complement what we have. The infrastructure decay in the energy sector is what we will focus on for a long time,” he stated.