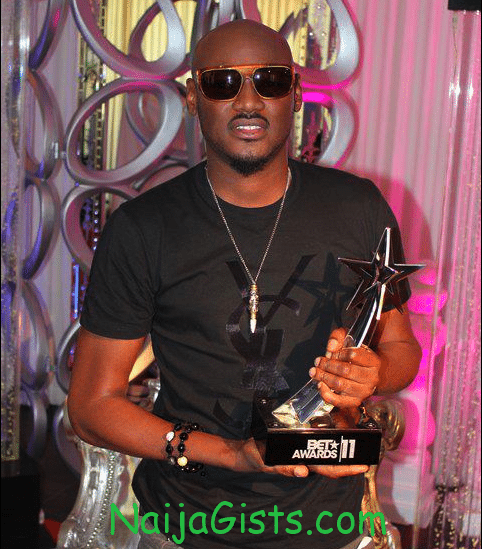 This Biography Of 2face Idibia is brought to you by NaijaGists.com

For those who do not know him or knew little about him, Tuface Idiba aka 2face is a popular award winning Nigerian artists who came into limelight after the release of an album titled  “African Queen”.

Before starting on his own, he was a previous member of a then popular R&B music group, Plantashun Boyz.

2face Idibia was born on the 18th of September 1975 as Innocent Ujah Idibia to an unpopular family in Jos, Nigeria.

Tuface hails from the Okpokwu LGA of Benue State and he is from the Idoma tribe.

He completed his Secondary school education in Makurdi at Mt St Gabriel’s School and later moved on to IMT in Enugu where he completed NDC, a diploma course in BA. However, he didn’t finish his college education.

On the 2nd of May, 2012 Tuface who has been in several relationships with different women in the past made a firm decision to marry his first lover, Nigerian Actress Annie Macaulay who was the mother of his first child.

He has a child with Annie and 5 other children with 2 other women.

He recently escaped death after a close encounter with death at 3 separate times and locations which includes gun shots.