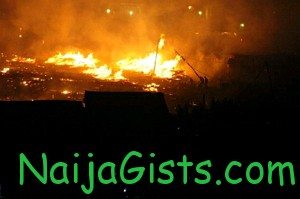 A suspicious fire guts the sawmill area of Ebute Metta Lagos State Nigeria on Tuesday the 8th of January, 2013. naijagists.com

According to an eye witness, the fire started at about 7:45pm on Tues. night.

The fire was so intense that people driving on the Third mainland bridge could see it.

As at the time of this report, no firefighter was spotted on the scene.

The cause of the mystery fire has not been ascertained. 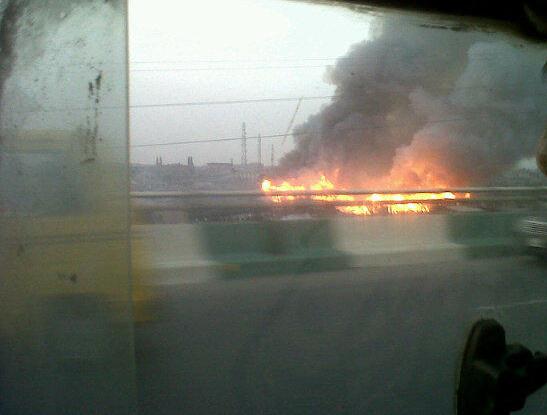 No casualties was reported in the inferno.