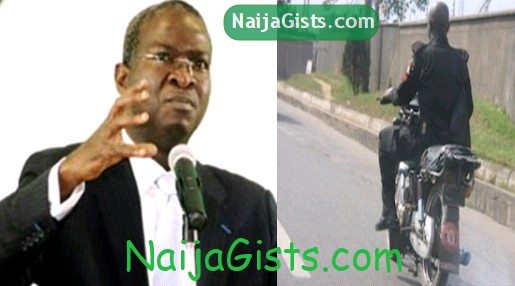 We learnt Governor Fashola saw the police officer as he passes by his convoy along Ikeja Lagos section of the popular expressway.

The policeman was immediately stopped and whisked away by officers attached to his convoy.

According to Fashola, the man was arrested for violating new traffic law banning motorcyclists from using the expressway.

He further stated people who think they’re above the law should leave the state with immediate effect.

“There is no society where laws are not broken, but the state government would continue to increase its enforcement so that there will be high level of compliance”, Fashola said