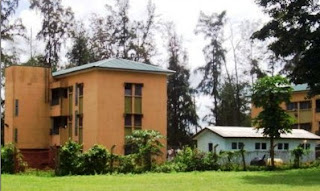 A student of the Federal Polytechnic, Ilaro, Ibrahim Hassan Oluwatosin Ishola, has been gunned down in the Ipaja area of Lagos, Southwest Nigeria by suspected cultists.

The incident, which happened at 9.30 p.m. on Tuesday around Kajola Junction in the area, has resulted in the arrest of one person while others are said to be on the run.

The deceased, who studied Business Administration in the polytechnic, was shot after a dispute he had with one of the alleged cultists.

According to his friend, Suleiman Aderibigbe, who said they were together the night Hassan was killed, the deceased was trailed by the three men to the spot where the incident happened.

“when the men were trailing us, Hassan asked me if I knew them and I told him that they were boys around our street.

“They accosted us and accused Hassan of disrespecting their elder brother.”

He said they attempted to manhandle him, but when a crowd started gathering, they left the deceased and pretended they were leaving the spot only for one of them to turn back and shoot him.

“Immediately this happened, I took to my heels and they started chasing me till I ran into the deceased’s family house where I told them what happened,” he added.

He said the late Hassan was rejected by three hospitals before he was rushed to the Lagos State University Teaching Hospital, LASUTH, where he was confirmed dead.

His body has been deposited at the Isolo General Hospital.

The case was reported at the Meiran Police Station and the parents of the chief suspect, whose name was given as Tobi, were arrested, but later released and asked to produce their son.

The police also arrested Tobi’s friend whose name was given as Lucky.

Speaking on the death of her son, Mrs. Adeyinka Hassan said Hassan had returned from school to observe the remembrance ceremony of his late father who died two years ago.

The woman, who wept uncontrollably, called on the government to intervene and bring her son’s killers to book as all she wanted was justice.

One thought on “Cultists Gun Down Ilaro Poly Student”