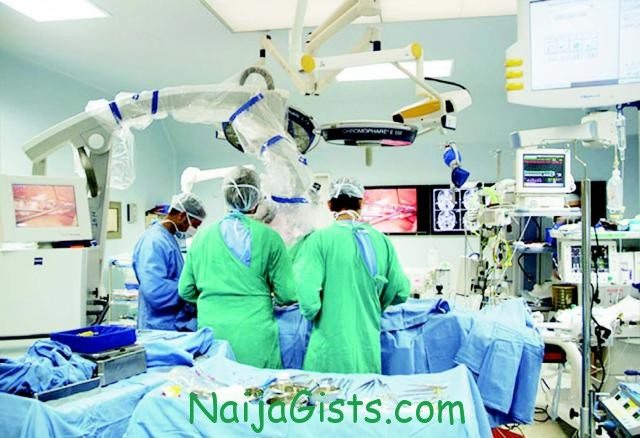 National President of the Medical Laboratory Science Council of Nigeria (MLSCN), Dr. Godswill Okara, has revealed that over 20 percent of foreign patients seeking medical attenetion in India are from Nigeria. naijagists.com

Goodswill Okara raised the alarm on Tuesday in Benin, Edo State, at the opening ceremony of the 48th Annual Scientific Conference/AGM of MLSCN.

According to him, the nation has continued to search for solutions to the declining status of the health system and the ever worsening health indices of maternal and infant mortality rates.

This, he said, has resulted in increasing lack of confidence in our health system as reflected in the growing number of patients seeking medical attention abroad.

Quoting from the 2011 Mo Ibrahim African Governance Index, he said Nigeria’s health care system now ranks 51 out of 53 countries in Africa, as against 4th in the 60s and 70s in the commonwealth.

He said the workshop will provide the platform to proffer solution to the problems of the health system, adding that “the medical laboratory remains the key to cure as reflected in the motto of the International Federation of Biomedical Laboratory Science, treatment without diagnosis is a waste of resources.”

Earlier, the Registrar/Chief Executive Officer of MLSCN, Professor Anthony Eberibe, said the council has vowed to declare an indefinite war to rid the profession of quacks.

Professor Eberibe said “the council is more than ever before, resolved to rid the profession and the country of these few elements who have given the profession a bad name.

‘It is regrettable that a few nefarious elements continue to ignore the provisions of the law and in total disregard for the sanctity of the lives of our citizens, continue to operate unregistered, poorly equipped and poorly staffed facilities which they erroneously call medical laboratory.

“Our goal is to continue to sensitise and mobilize all stakeholders to join hands with the council to institutionalise a medical laboratory service sector that upholds the standards of the highest quality. This should be exemplified in our laboratories being equipped and mentored towards certification and eventual accreditation,” he said, adding that accredited laboratories will inspire confidence in patients

One thought on “Nigerians Make 20% Of India’s Foreign Patients”