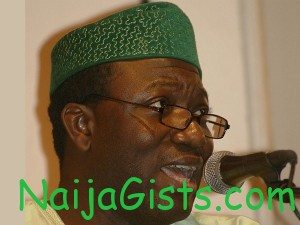 In less than 24 hours that DailyPost reported that Akwa Ibom State Government shut down 2 private schools for not meeting up with the educational standards and violating required guidelines for the establishment of schools, its Ekiti State counterpart also on Monday shut down 35 sub-standard and unregistered private schools operating in the state.

In a statement signed by the Ekiti State Commissioner for Education, Science and Technology, Dr. Eniola Ajayi, she said, the state government will continue to close down private schools that do not meet the basic set standard.

She said, “Proprietor who could not afford to run standard schools should bow out gracefully. The government will continually fish out sub-standard and unregistered schools in the state.

“The minimum standard expected from the proprietors include operation on their permanent site after three years of establishment, registration by government, four standard classrooms at inception, functional library, separate laboratory for physics, chemistry and biology for secondary schools.”

This brings the total private schools closed down in the state to 166.