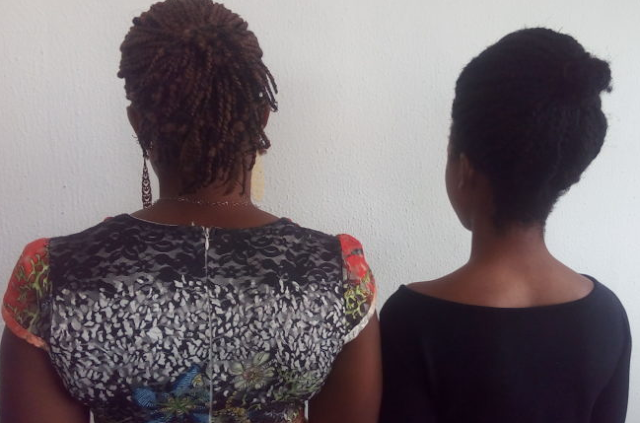 “We both protested that we would not do ‘asewo’ (commercial sex work) and that our ‘burger’ (trafficker) only promised to get us housemaid jobs. The next five days was hell as the two of us were locked up in a room, without food and water, and constantly beaten up.

“Close to death on the fifth day, they called in a nurse to clean us up, feed us and allow us to change clothes. Then they told us we had to contact our families in Nigeria to wire N500,000 each to them or we would be drugged and forced into prostitution.’’

Peju says they were then allowed to have a mobile phone and alerted families back home in Nigeria of their predicament.

“The Yoruba woman spoke with my father in Lagos and in tears, he promised to send the money within a week. My father begged them not to harm or force me into prostitution.

“My co-traveller was the first to control (wire) money from Nigeria. My daddy finally sent my ransom — which he borrowed here and there.

“The matron then converted me to her salesgirl. I was in charge of selling brandy and whisky, condoms, diapers, creams and other materials the ‘asewos’ needed for their carnal jobs.

“Yes, there are no babies in need of diapers, but the absorbent in them were being removed, creamed and forced down the private parts of the commercial sex workers to protect their womb (cervix) from being ruptured by their clients.’’

Peju says the absorbents were usually ‘popped’ out by the girls after sex, washed and creamed for reuse. She says this is because the men coming to sleep with them usually take sex enhancers that prolong the act and often bruise the girls to the extent that they bleed from their private parts.

“The men who come to the brothel use cocaine, ‘tramadol’, hashish (the Arab equivalent of marijuana), and many other illicit drugs, so that they can punish the girls who stay four in a room, separated by mere curtains.

“I spent five months in the brothel, but not into prostitution. I was sleeping on a bare floor all the while, disturbed by the groaning and crying of the sex workers.

“One night, a girl was screaming — more than usual — and the matrons have to burst into her bed-space. An over-drugged man was stuck to her like dogs in mating!

“He had to be physically ‘removed’ from the girl and his money refunded! Another girl ran mad and was defecating everywhere and putting the mess in her mouth. Her legs and face were swollen; she was always murmuring. She later died and was secretly taken to the desert for burial in an unmarked shallow grave. Her death was not even relayed to her family in Nigeria.’’

Peju left her vendor’s job at the brothel to become a khaddamah (a maid) and she was paid the equivalent of N60,000 a month by a kind Arab family.

“But my main problem was the language barrier. Even though I could then understand and speak a few Arabic words, I was making mistakes when sent on errand within the house. I was with the family for about six months as maid; I saved most of my salary.

“I then became a seller of African (mostly Nigerian) foodstuffs, such as beans, gari, seasoning cubes, etc, being ferried across the desert by Nigerian businessmen from Kano. I was sharing an apartment with a Nigerian family.’’

However, she finally reconsidered her stay in Libya when her apartment was raided one night by gun-toting Libyan officials and all the residents locked up in jail for being illegal immigrants.

“The raid happened when I had started making money; I was free and I even had a Yoruba boyfriend, an engineer, who was always going to Malta (Europe) by boat to fix doors, POP ceilings and other building materials.

“We were put in jail and after some days, asked to pay the equivalent of N100,000 each to secure our freedom. I’ve had enough; so, refused to pay and told them I wanted to go back to Nigeria. From then on, they never allowed me to get back to my apartment and properties.’’

Peju says the Libyan immigration allowed her to purchase temporary travelling documents and escorted her to the airport to board a plane for Niamey in Niger Republic.

“All the money my friends were able to raise while I was in jail was spent on travelling documents and the one-way flight to Niamey. I spent two days at the motor park in Niamey before I met a kind Nigerian man who gave me 25,000 francs (CFA) with which I came back to Lagos.

“The jogging trouser and blouse I wore to bed the night I was arrested were all the possession I came back with in mid-November 2016. Giant mosquitoes feasted on me so much in Libyan prison that I was pockmarked as if I had measles.’’

Peju never contemplated being smuggled across the Mediterranean Ocean to Europe again because her eyes had opened to the mass death suffered by those who dared.

“I am appealing to Nigerian youngsters to dissuade their minds from planning to get to Europe through Libya, especially taking the desert routes.

“Yes, there is more money in Libya than Nigeria for hustlers, so is death in the desert or in the Mediterranean Sea. Besides, the suffering the girls go through in the brothels is worse than death.’’

Unlike migrants’ drowning in the Mediterranean that is often documented by European navies and coastguards, death through shooting, starvation and dehydration in the vast desert is largely unaccounted for. Only a small fraction of those who dare will make it to Europe.

Apart from the militia elements of Islamic State, al Qaeda and others involved in the ongoing Libyan civil wars, armed Touaregs and Berber groups use the desert routes for kidnapping and ransom collection.

Some of the kidnapped migrant males are often sold into slave labour, forced to join the militias or get killed. The ladies among them, according to Wikipedia, can be converted to wives of bandits or fighters, and even sold as sex slaves to owners of brothels. A captured migrant is a slave to the desert warlord who got him or her.

The Sahara desert is in a “state of nature’’ and might is right. AK-47 assault rifle is king. Travel through the desert as “economic migrants’’ is a perilous and unworthy risk.