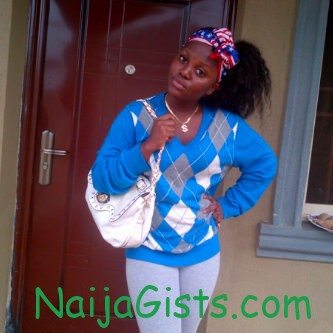 Just few hours after the demise of a final year Chemical engineering student who was killed by cultists in UNIBEN, another similar case has surfaced and this time around it’s not cultism related. naijagists.com

According to reports from reliable sources, we learnt armed robbers attacked her boyfriend’s house they tried to rape her but she resisted.

Her resistance is what led them to shot her in the face.

She was pronounced dead instantly.

Another source claimed her body was later dumped at a beach in Lagos.

She was buried on Monday at Ijebu Ode in accordance to Islamic rites.

A candlelight vigil has been scheduled for her at Skyfield in Lagos State Nigeria on Tuesday.

So sad! May her soul rest in perfect peace!