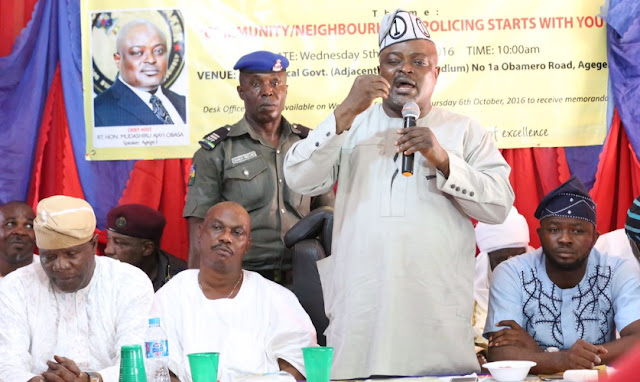 Ahead of the scheduled July 22nd local government elections in Lagos State, leadership of All Progressives Congress party in Lagos Mainland has said they are leaving no stone unturned to gain upper hands in the exercise.

Speaking at the stakeholders meeting for both Yaba and Mainland local governments, Member House of Representatives, Hon. AbdulRaheem Olajide Jimoh said All Progressives Congress (APC) party were not jittery of the opposition.

“We are fully on ground as the presence of other parties are nothing to reckon with in this coming election because only APC could deliver good governance to our people , he said

Jimoh, representing Lagos mainland constituency who said the meeting was organised with decision to introduce candidates in both local governments to the people.

He therefore advised relevant stakeholders in both local government to go back to various wards ensure that candidates emerges victorious.

In his statement, APC leader in Lagos Mainland, Otunba Tayo Oyemade urged traditional rulers, and the community to mobilize and vote for the party’s candidates.

“God chooses the best, we are not the one that choose them. Surely, all our candidates after winning this election, they must do what God appointed them for. Therefore, traditional rulers, community leaders, party members must go out enmass vote for winning team in Lagos Mainland, he said

HRM Oba Igbobi-Sabe, Oba Adeniyi Owolabi (Maforunyomi 1) also stated that the communities in Yaba and Mainland should be together, embrace tranquillity, working for the success of the party.

“We should do the right thing. Rebellion destroy the progress of the community. Lets work together in one spirit to enjoyed good governance in our local council, she said

He urged both the chairmen and councillors to be united after winning the election. “After winning this election, work together for the progress of this local government. Never rebel against your leaders.”