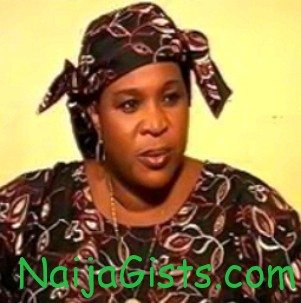 Few hours ago, we got 5 different emails from fans asking is madam saje Fausat Balogun dead?.

For those of you curious about the death a woman named Fausat Balogun who died last year in Brazil prison, yes it’s true.

The Fausat Balogun that died in October of last year is a 72-year-old woman who was caught in Brazil for trafficking cocaine drug.

She passed away due to severe stroke she suffered from her high blood pressure condition.

Fausat Balogun was used by some drug dealer as a smuggler without her consent. She was buried last year at Vila Formosa Municipal Graveyard in Sao Paulo, Brazil after her family refused to show up to pick her corpse.

To set the record straight, Yoruba actress Fausat Balogun popularly called Madam Saje is not the woman that died.

Please share this with friends because a lot of her fans are confused about her.

So when you start hearing is madam saje dead, you now know the right answer.