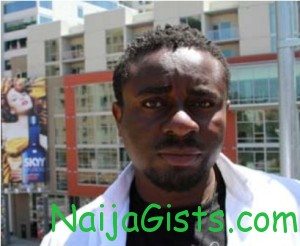 How Old Is Emeka Ike

He is one of the prolific actors that is known for his roles as play boy or Casanova in Nigerian Nollywood movies, he is also known for getting physical and abusive with women in movies, therefore he has been tagged one of the “Bad boys” of Nollywood. According to Emeka Ike Biography, the bad boy of Nollywood is from the Igbo ethnic Nationality but was born and raised in Lagos to Elder and Mrs. Nicolas Ike – his father was a pastor before he became late.

Nigerian actor Emeka Ike had his primary and tertiary education in Lagos, South West Nigeria, unlike some of his contemporaries, Emeka Ike studied mechanical engineering at the University but he has a burning passion for acting while he was studying and he got his break into Nollywood when one of his senior colleagues in the industry- Ernest Obi introduced him to a movie producer- Charles Owoyemi who was producing the popular TV series- Fortunes. Though soap operas were more popular in the late 80s towards the late 90s, Emeka Ike’s first major movie role was in the movie- “Deadly Affair” in 1987. According to the actor, he has lost count of the number of movies he had featured in .

Emeka Ike and Chika Ike are two prolific Nollywood stars and many people have been asking whether the two are related biologically. In two separate interviews both Chika and Emeka Ike denied any blood relations but they do confirmed that they are both professional colleagues and they have a strong bond on and off the movie set. Emeka Ike Has acted in over 60 Nollywood movies, the most popular among them are; Right man for me, Passion and pain, Passions, Queen Sheba, Not man enough, Two become one { 1&2}, I want your wife 1& 2, Foreign Affairs 1&2, and Divided Kingdom 1&2.

Emeka Ike wedding to his pretty wife in the year 2000 was a carnival-like celebration as many of his contemporaries in Nollywood were there to honour him. The wedding is blessed with 2 boys, Emeka Ike enjoyed going out and hanging out with his boys while he travels around and outside the country to shoot movies. Emeka Ike wife is a half-Dutch and half Nigerian, she presently has an 8-month old daughter for the actor.

In Emeka Ike latest news and reports, the actor is set to contest the recent outcome of the Actors Guild of Nigeria {AGN} elections that saw one of Nollywood finest- Fiberesima become the elected president of the group. Emeka Ike’s grouse with the election was that an “ex-convict” cannot be made the president of the group. The elected president – Fiberesima is still standing trial for the murder of a doctor in 2010 when she was arrested for driving under the influence of alcohol and killing the doctor while over speeding. The AGN appeal case will be formerly presented at the court soon.

Emeka Ike is now in a bitter legal battle with the sacked AGN president Ibinabo Fiberesima. There is a case in court now, will update you on the latest soon.