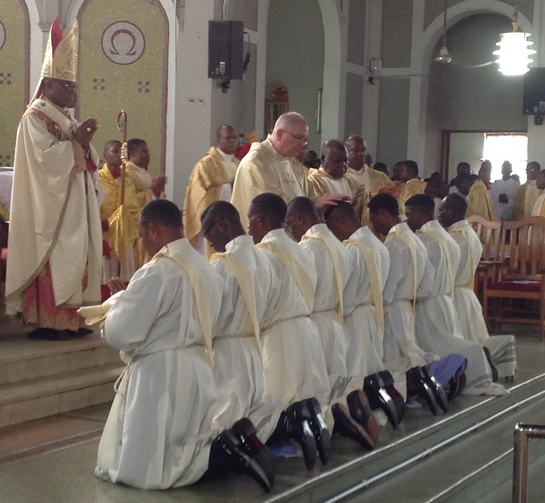 Eight new priests have been ordained in Onitsha Archdiocese by the Metropolitan Archbishop of Onitsha, Most Rev Valerian Okeke at the Basilica of the Most Holy Trinity,Onitsha.

The ordination took place on Saturday the 15th of July 2017.

Expectedly,the Auxiliary Bishop of Onitsha Most Rev Denis Isizoh and priests of the Onitsha Archdiocesan Presbyterium concelebrated at the ordination which attracted family members of the ordinands,friends and a large number of faithful to the Basilica of the Most Holy Trinity to witness the ordination.

One of the major important highlights of the ordination was the essential rite of the sacrament of Holy Orders which consists in the Archbishops imposition of hands on the heads of the ordinands and in the Archbishops specific consecratory prayer asking God for the out pouring of the Holy Spirit and his gifts proper to the ministry to which the candidates were being ordained.

Meanwhile,the Governor of Anambra State, Chief Willie Obiano who was represented on the occasion by the state commissioner for education,Professor Kate Omenugha congratulated the newly ordained priests saying they were a special gift to the church and the society. He prayed to God to give them sustainable grace to work in the Lords vineyard.

In her message, the Senator representing Anambra North Senatorial Zone,Senator Stella Adaeze Oduah urged the new priests to be true representatives of Jesus who brought salvation to mankind through his sacrifice on the cross.

Senator Oduah who is the patroness of West African Association of Priests prayed that God will use the new priests to advance the faith and foster peace and unity in the country.

One of the highlights of the event was the a special prayer and blessings for the President of West African Association of Priests Rev Fr Martin Onukwuba and his classmates who celebrated 28 years of priesthood yesterday.

Photo shows the newly ordained priests posing with the Archbishops, priests and other faithfuls in front of the Basilica. 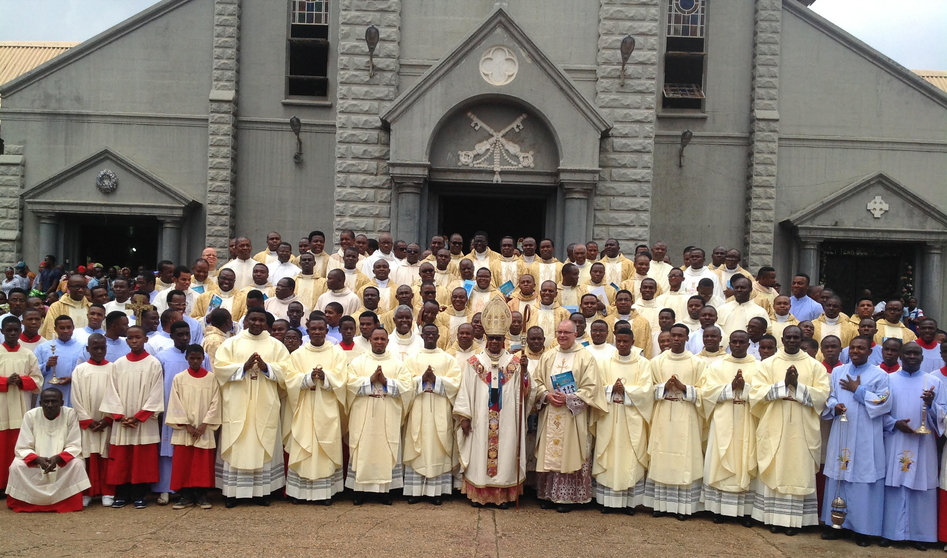 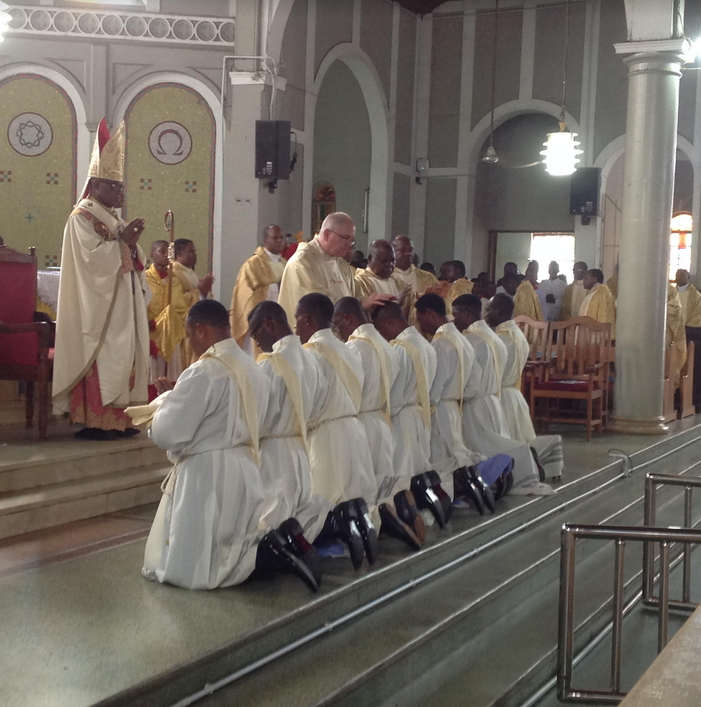 Uche Ogbodo Talks About Relationship With Disciplinarian Mother In Touching Interview
Sunday Inspiration: Commanding The Supernatural Through Our Declarations