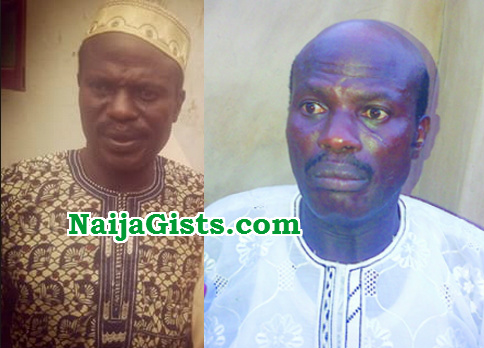 Yoruba actor Tajudeen Oyewole aka Abija Wara Bi Ekun is going through a very rough time at the moment.

The actor who was very popular in the early 90s is now limping following a ghastly accident that happened back in 2007. The actor lost his car while returning from a movie set and since then, he hasn’t recovered.

In an exclusive chat with the Entertainer, the actor begged well meaning Nigerians to come to his rescue

“I was born over 50 years ago. I attended only primary school at Local Authority Primary School, Oniyere in Ayedun Agbo Bi Ekun Village, Osogbo, Osun State. My parents actually sent me to school but I was a truant. That is why I did not go beyond primary school, but it pains me now. At the moment, none of my children is into acting, but one of them edits. As for me, I think it is education first for children. If they place acting first, their future could be ruined. It is lack of education that almost ruined me.”.

“I am not rich; I don’t have a roof over my head, which is part of measuring one’s wealth in this part of the world; I don’t even have a land. And it’s not because I am not serious or that I’m a prodigal son; the money realised from acting is just not much, or even enough, as people out there or our fans think. I am prudent and I have only one wife. But having said that, I cannot say that I am not a rich man, because I have children higher institutions, although I may not be rich in cash.

“I want Nigerians to help me in my career. I need sponsors. I am not a greedy person. I believe in Allah. People interestingly call me Alhaji, although I am yet to visit Mecca. The only car I own was condemned in that accident. As I speak, it probably would have been towed away by government agencies. I will appreciate every help that comes my way.