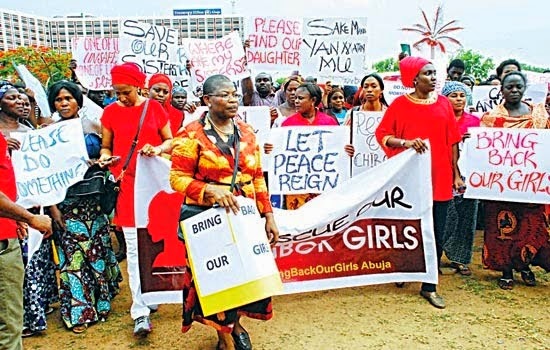 Yesterday, BringBackOurGirls protesters in Abuja claimed they were banned from staging peaceful protest by Abuja police command. The ban was even confirmed by Police spokesperson, Altine Daniel who cited security reasons.

As we speak, the officials have changed their mind and have decided to lift the ban in a crafty Press statement after social media war.

Here is what Frank Mba said:

The Police High Command wishes to inform the general public that the Force has not issued any order banning peaceful assemblies/protests anywhere in Nigeria.

It notes however that against the backdrop of current security challenges in the country, coupled with a recent intelligence report of a likely infiltration and hijack of otherwise innocuous and peaceful protests by some criminal elements having links with insurgents, the Police only issued advisory notice, enjoining citizens to apply caution in the said rallies, particularly in the Federal Capital Territory and its environs.

Reminding citizens of the earlier position of the Force on peaceful rallies, which the Police High Command regards as the constitutional and democratic rights of Nigerians, the Inspector-General of Police, IGP, M D. Abubakar, CFR, NPM, mni, psc, stresses the need for the organizers of such rallies to ensure that they seek proper advice and guidance from the Police before engaging in any such exercise so as to avoid any unpleasant circumstances. The IGP calls on the general public to see the present position of the Force as a necessary sacrifice for the peace our nation needs, as security is a collective responsibility.

Consequently, citizens are strongly advised to reconsider their positions on the issues of rallies and protests in FCT until the existing threats are appropriately neutralized and removed from our midst by relevant security agencies.

Meanwhile, the IGP reassures citizens of the commitment of the Force to the protection of lives and property and advancing the course of democracy in Nigeria.