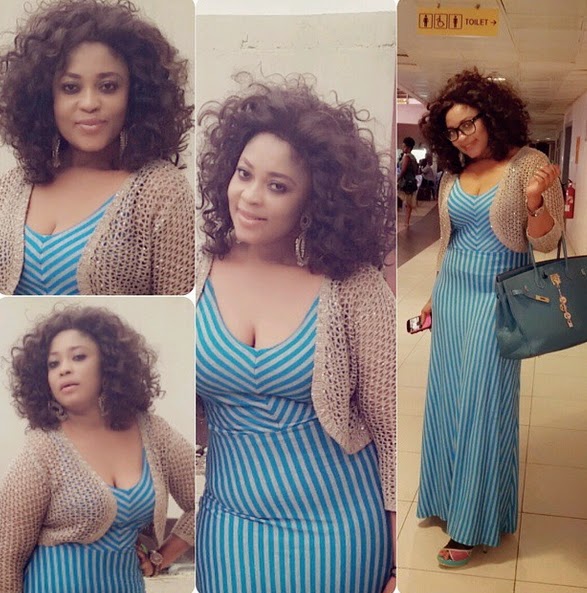 If the story coming out from Yoruwood is anything to by, then things are not that rosy for controversial Nollywood actress Biodun Okeowo at the moment.

The mother of two caused a scene during the 55th birthday ceremony of Toyin Afolayan aka Lola Idije that held at 10 Degree Events Centre on Billings Way in Ikeja Lagos on Sunday the 2nd of November 2014.

Sources at the event said Biodun Okeowo paraded herself as an executive beggar on Sunday when she went about stalking popular socialite Sunday Adeyemo aka Sunday Igbodo lobbying for money.

This we learnt happened after Igboho announced the donation of N500,000 to Lola Idije Foundation during the birthday ceremony.

Shortly after Igboho made the announcement of his N500, 000 donation, Biodun Okeowo allegedly ran to him where he seated to beg for money and get his contact details which was given to her.

As if that wasn’t enough, the single mother of two was later spotted moving around the event with a big white handkerchief with a lady who was identified as her sister collecting money from the big men at the event.

Biodun Okeowo’s younger sister allegedly kept the money in a bag for her.

The Omo Butty star was said to have followed Sunday Igbodo after the event wrapped up.