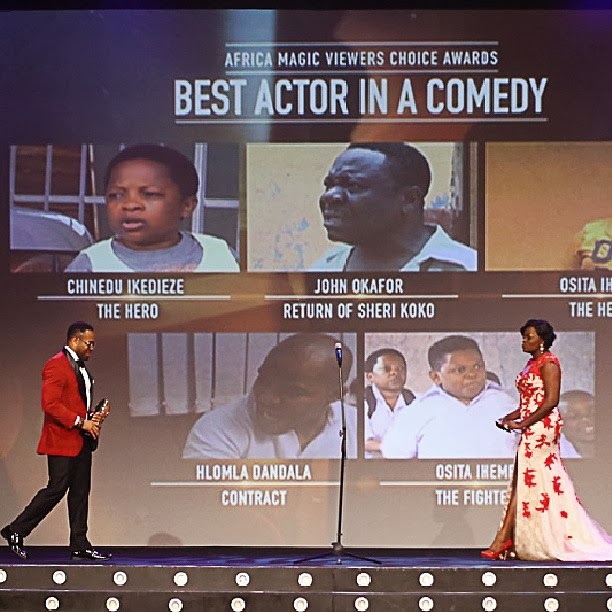 The full list of the winners of this year’s event have been put together by NaijaGists.

The winners of Africa Magic Viewers Choice Awards for 2014 are:

Will bring you more photos from the red carpet later in the day.