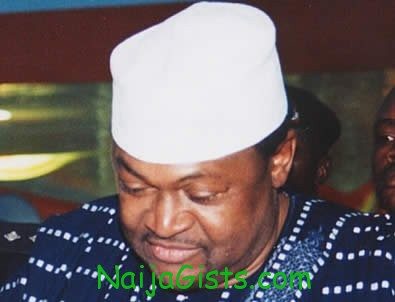 According to Society Now Magazine, Ailing Nigerian billionaire, Otunba Mike Adenuga is back home in Nigeria after a year long medical treatment. naijagists.com

Top sources divulged that Chairman of multinational telecommunication company, Globacom returned back to the country a couple of days back.

The wealthy Nigerian was spirited abroad weeks back on grounds of ill health.

He was said to have slumped during a board meeting at his office a year ago.

After the incident, his health was believed to have waned- his prolonged journey abroad was meant to enable him to enjoy top rate health care facility- and return to good health.  Otunba Mike Adenuga
It is not clear whether he has achieved this one hundred percent- but sources claimed ‘the talk is that he appears better‘

Our informants divulged that since he returned- the money man has stayed put at his Victoria Island Lagos resident.

He is said to hold meetings with managers of his businesses- and other stakeholders in his affairs on the situation of things.

It is not clear why the respected Nigerian is coating his return secrecy at press time.