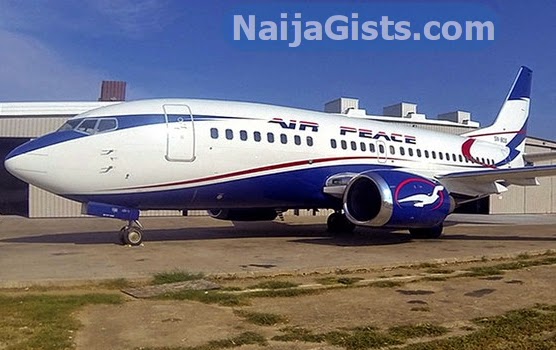 Air Peace, Nigeria’s latest airline, was launched on Tuesday with seven aircraft and a promise to provide comfortable and safe flights to Nigerians.

The airline would also lay the foundation for the entrenchment of peace, the development of the aviation sector and would end the level of animosity amongst operators, Barrister Allen Onyema, Air Peace Chairman and CEO said.

“The era of devilish competition and devilish envy in the aviation industry in Nigeria should remain in the past,” he said at the launch ceremony at the Lagos local airport.

He said with seven aircraft all named after his family members, the airline has gone a step further in ensuring safety by contracting one of the world’s best maintenance organisations, BT Aviation Maintenance Company in the United Kingdom.

“To ensure that nothing is left to chance, we have also equally signed a Powered By Hour (PHB) contract with the world’s biggest PHB vendors, AJ Walter of United Kingdom for supply of aircraft spares,” Onyema said.

He said Air Peace has also signed a five year contract with Canada’s Flyth Solutions incorporated for the installation of Automated Flight Information Reporting System (AFIRS) on all his aircraft for flight tracking and engine trend monitoring.

“This system has already been installed to all our aircraft,” Onyema said.

In addition, he said, the airline has also contracted Flight Scape Inc of Canada in partnership with IATA for effective flight data analysis.

His main objective is to create many jobs for Nigerians and not just to make money for himself.

For now, Air Peace would fly to Abuja, Lagos, Enugu, Port Harcourt and Owerri. The flight takes off from Lagos on Friday 24 October.

Onyema also announced that because of the fight against Boko Haram in the North, any Nigerian soldier who flies his airline will not pay more than 10, 000.