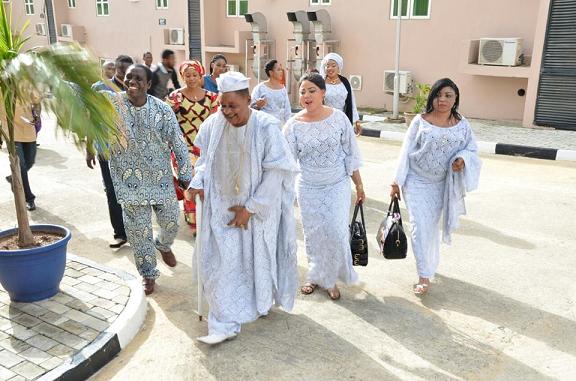 Popular Oyo Royal father, Oba Lamidi Adeyemi III, the Alaafin of Oyo and his many wives arrived Abuja yesterday on an Arik Airplane.

One of his sons, Prince Akeem Adeyemi popularly called Skimeh Obasegun will be sworn in on Tuesday the 9th of June, 2015 during the inauguration of 8th National House Of Assembly members in Abuja.

The graduate of Ekiti State University will be sworn in as a Federal Representative of the 4 LGAs in Oyo. 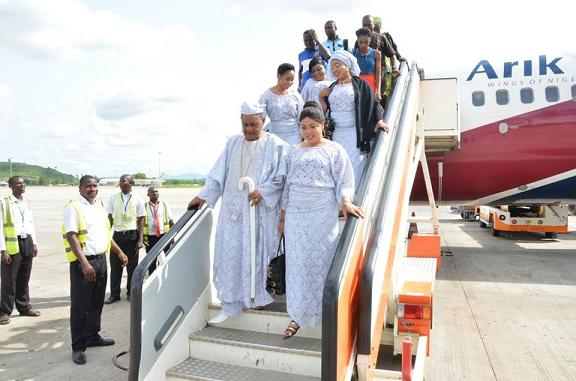 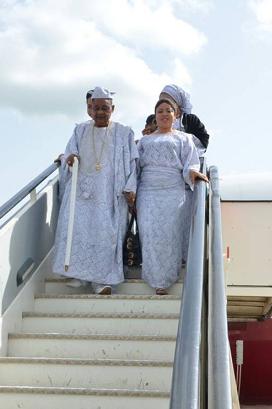 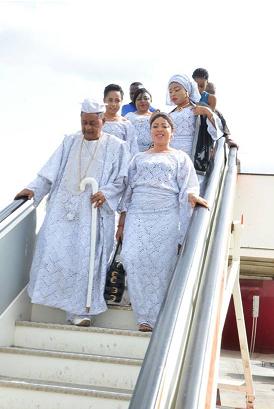 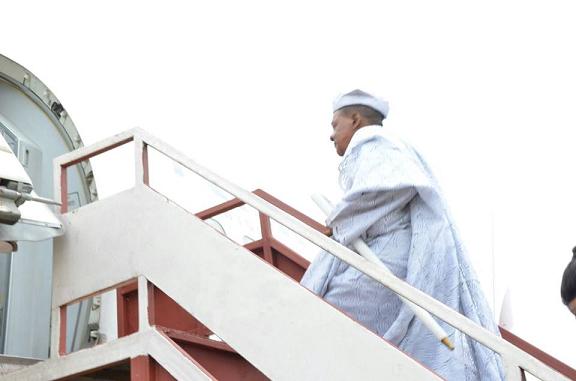 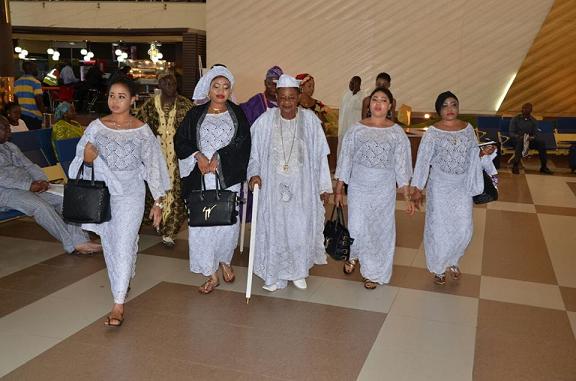 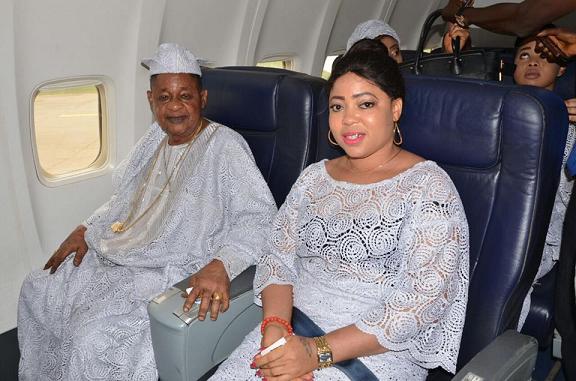 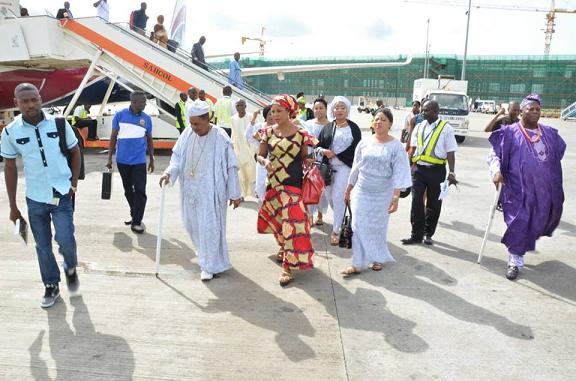 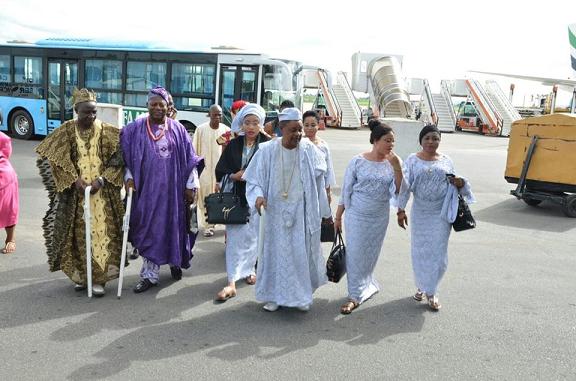 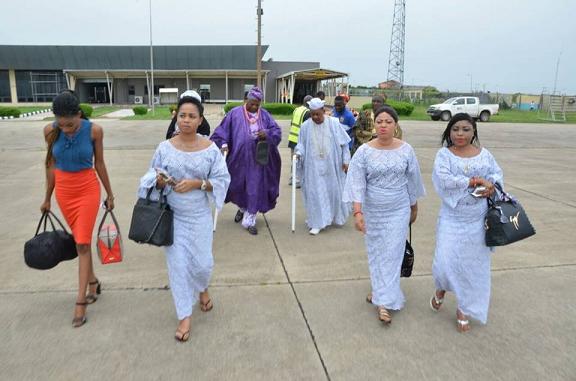 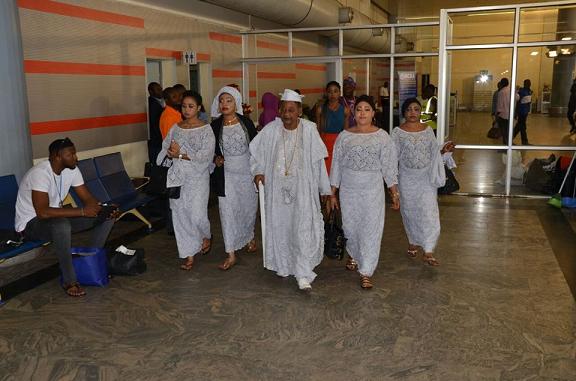 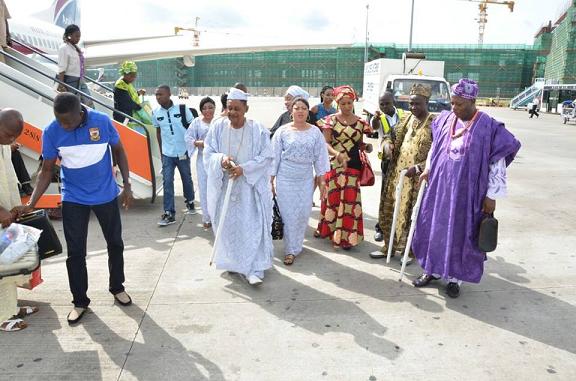 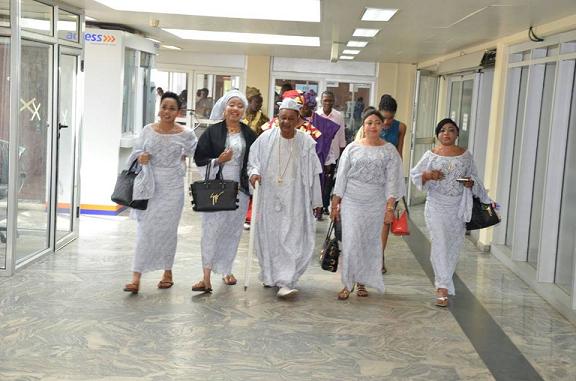 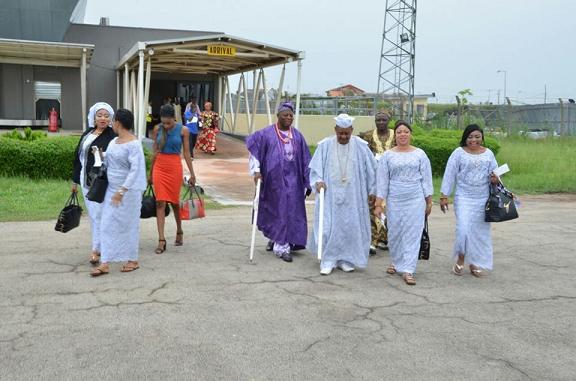 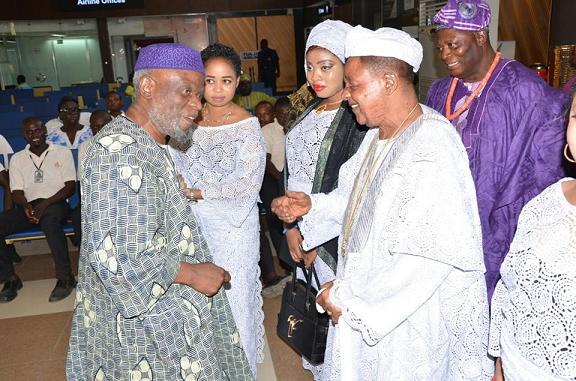