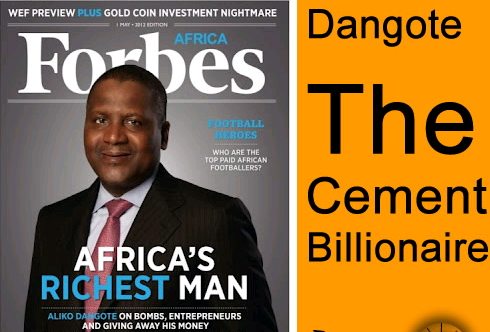 Nigerian Billionaire and the CEO of Dangote Group Of companies in Nigeria, Aliko Dangote has been rated the world’s 62nd richest man.naijagists.com

According to Bloomberg’s report of the World’s 200 Richest People, Aliko Dangote has been reported to be richer than Facebook founder, Mark Zuckerberg who worths $10.7 billion.

The report claims Aliko Dangote is also richer than the following billionaires:

To verify the authenticity of this report, read the World’s 200 Richest Man on Bloomberg’s website.