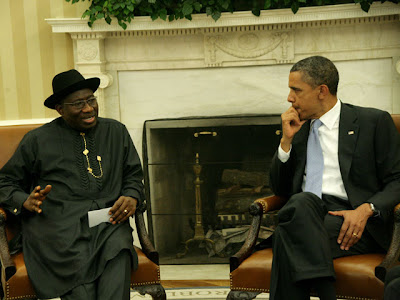 There is an authoritative hint that the United States of America (USA) is spying on Nigeria’s security agencies, especially the State Security Services (SSS). This was revealed by the American newspaper, New York Times, which quoted Edward Snowden, an American computer specialist who worked for the US Central Intelligence Agency (CIA), and handled contracts for the US National Security Agency (NSA).

Snowden was reported to have identified Nigeria’s SSS as one of the security agencies in the world that America’s NSA had been bugging. He also disclosed that a summary of highly classified information gleaned from telephonic interceptions and hacking of computers of security agencies in Nigeria and other countries was sent to the office of the US President, Barack Obama, every morning.

The report on this espionage, which has not been controverted, is worrisome and offensive. The scandalous development is a further confirmation that America is taking its self-assigned role as the world’s policeman too far. This mindset probably makes the country not to have any respect for the sovereignty of other nations, particularly those countries outside the superpower circle. Many of America’s policies are manifestly intrusive, especially where the country has vested economic or political interests. In other equally bizarre cases, Washington is driven by both sheer selfishness and ego to trample on the rights and privacy of other nations. Oftentimes, in carrying out these inimical activities, the US is not bothered about the propriety of its actions or the demands of international obligations. There is so much double standard in its external relations with other nations. It is so bad that there is little or no regard for countries outside the Group of Seven popularly known as G-7, comprising the US, United Kingdom, France, Germany, Italy, Japan and Canada.

It is unfortunate that the Nigerian government has not reacted to this sordid invasion of the nation’s privacy by the US. By keeping mum over this unethical conduct, Nigeria is indirectly consenting to America’s meddlesomeness in our domestic affairs. By now, the government should have issued a stern objection to this denigration of our nationhood. A swift reaction would have seen the US Ambassador to Nigeria on summons answering questions on the reported invidious intrusion by his country. And, as if toeing Nigeria’s line of inaction, the American Ambassador here has also not found it worthwhile reacting to the issue.

The implication of this threat to our national security is that the Federal Government should put in place anti-spying infrastructure in all key areas and agencies, particularly the offices of the SSS, other security agencies and Aso Rock. This should also include anti-hacking devices in public computers. These checks may not be foolproof because of the dynamism of technology and Nigeria’s low-level technical know-how, but let the process start at least. Whatever anti-spying devices we are able to install will still be better than not having any counter-initiatives at all. These anti-spying mechanisms should be promptly put in place.

Generally, too, Nigerian public officials should be security conscious. Those holding sensitive positions should put national interest above any personal goals. In the same breath, recruitment into critical offices should be for persons with established impeccable credentials and reputable character.

What the reported American affront has brought to the fore is the vulnerability of our security such that it took an American in his country to point out this travesty in our backyard. If we were serious with this aspect of our national life, the numerous intelligence agencies in Nigeria would have blown the whistle long before this revelation. This further explains why counter-measures to checkmate the activities of terrorists and insurgents in the country have been vacillating because of poor intelligence gathering and deployment. If the security agencies and government get their acts together, it would be easier to round up or at least destabilise the dissidents.

Nigeria must not hesitate to let the US know that its reported spying on our security agencies crosses all thresholds of decency, international conventions and national rights. The American government should either deny or apologise for this overzealousness of its intelligence agencies and their trespass on our sovereignty.