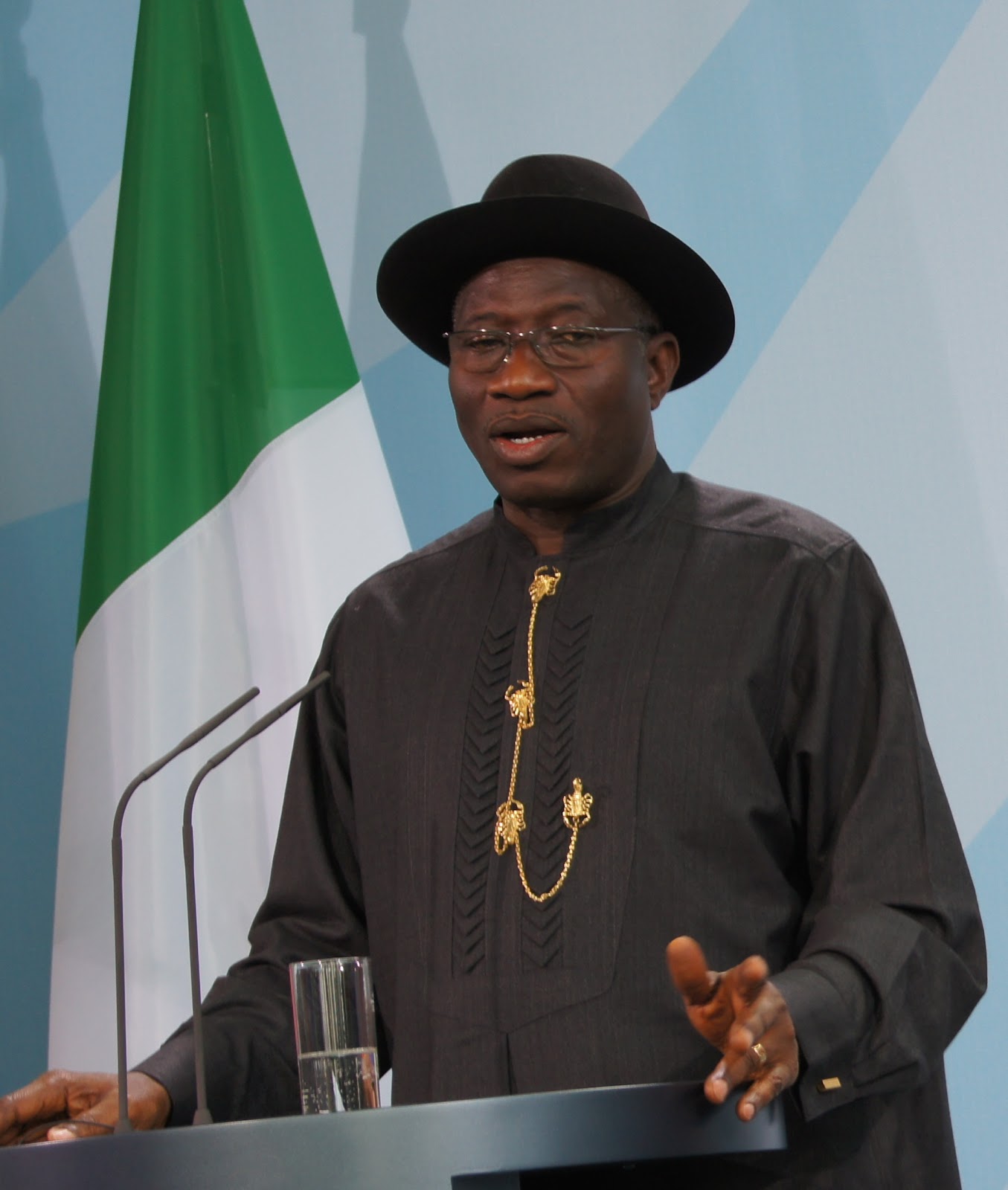 Bama, Izghe, Bama, Yobe, Mafa, Jakana; Boko Haram is unleashing mayhem in the northeastern villages and towns of Nigeria. Burning them to ashes and massacring the citizens with impunity. ‘Impunity,’ the most commonly used vocab in conversations about this regime.

Since the new service chiefs were sworn in and since the suspect thrice failed NSA and dictatorial regime, Gusau was approved to return to our security department, Boko Haram or whatever it is, has successfully enjoyed ravaging Nigerian cities for hours on-end with the army appearing to have been given a stand-down order. The Armageddon has begun, without question, for many of our countrymen.

Under this administration, Boko Haram which was pretty much destroyed by ex-President Yar’Adua is now back and in better form than ever; getting stronger and more brazen by the day. In the five years, the administration has been unable to restore security to the north and the economy continues in its deadly plunge. As the crisis entrenches itself, the people have lost all confidence and hope.

While the northeast grapples with a new reality of life with terror, under this new era of impunity, MEND has reformed into the world’s top high-sea pirates, achieving the most dangerous, high value boat captures and robberies in the entire world for 2013. In fact the first oil tanker kidnap in Nigeria’s history, the hijack of MT Velle di Cordoba, happened in December of 2010 under Jonathan’s government. Situations appear to be getting out of hand and restoration of modest security appears completely illusive.

According to estimates from a former senior World Bank employee, over $400 billion dollars worth of oil revenue has been stolen from the Niger Delta by thieves, bunkerers and pirates since independence. Today the stealing, bunkering and spilling oil from illegal activities is at an all time high. The creeks are flowing with poisonous oil. In fact the thieves are so confident and feel so legitimate, the President of the Ijaw Youth Council announced publicly that illegal ‘bush’ refining should be legalized. 400,000 barrels of oil are looted every day with a staggering income diversion by the Niger Delta bandits of $4 million every day! And this is getting worse. Unhindered looting of this capacity is a serious enduring threat to national security and prosperity. Illegally amassed wealth is the chief source of cash for the mechanisms of terror. The coastal terrorists continue to secure their status politically and militarily and if not checked early, this poses an irreversible threat to the commoner, the region, the nation and sub-continent as a whole. As these barons achieve stupendous wealth, their sophistication surpasses that of Nigeria’s security services, they are able to bribe and buy off any government threats and their daring reach expands outside Nigeria’s shores, with activities of Nigerian pirates extending as far east as Gabon and west to Ivory Coast.

Nigeria loses $8bn a year in NNPC oil-product swaps. $4.3 million a day is stolen from the poor masses in the NNPC kerosene subsidy scam, which by the way, contrary to recent statements by the oil minister and President, Nigerians never protested about; the January 2012 protests were only in relation to petrol and not kerosene subsidies. The nation’s economy appears strong in only one thing—missing billions of dollars. Investor confidence is tanking rapidly as the corruption and recklessness of the current regime continues to be exposed. Jonathan appears to have willingly or accidentally lost total control. Of late, the President has fired many of his ministers and even the CBN governor after he exposed gargantuan misappropriations and frank looting of up to and over $100 billion by the administration. As Nigeria’s fortunes get worse, a handful of cabal continue to get stupendously rich while the numbers of destitute have doubled in the last 10 years.

This is serious. This is a deep mess. I’m not an alarmist. When we raised the alarm about the nation being broke; billions looted, we were not unduly frantic, we were simply reading the signs and feeling the pinch that has been substantiated with the expose of the kerosene subsidy scam and the now known $20-127 billion looted as exposed by the Central bank. Trends in terror finance, the sudden inclusion of Nigerians to the list of the world’s top billionaires and poverty in the nation, signified one thing- rapid transfer of oil funds and masses wealth to greedy cabal. The dry-looting of the nation.

Such a situation where the masses are robbed dry to satisfy a few is not sustainable. Anarchy is the predictable outcome of the current state of the nation under administrative economic terrorism. Nigeria hangs precariously at the balance and political aspirations and desperation does not allow those in power realize the impending doom and chaos. For the dead, RIP, the doom has already happened.

Boko Haram terrorism of the northeast and MEND southern terrorism were both the results of the proliferation of weapons among thugs of psychopathic politicians. After the candidates secured their victories, these armed youth political thugs lost their relevance and resorted to terror. If the events of the past elections are anything to go by, Nigeria is in a bigger mess today. The importation and proliferation of arms is at an all time high under the current regime. No region is being spared as politicians take advantage of the impunity that avails to create and arm new thug militia who will become the havoc wrecking terrorist groups of tomorrow. Nigerian Customs reported seven times as high seizures of arms in 2013 as there were in 2012.

The Punch of Feb 20 revealed that over 8,741 arms and 7,014 pieces of ammunition were recovered from various criminal hideouts in Anambra, Edo and Rivers states. According to another February article in the same paper, the State Security Service operatives intercepted high-calibre ammunition in a 20-foot container at the sea port in Rivers State in a MV Iron Trader vessel which was carrying 2,700 anti-aircraft and anti-tank bombs. The police, according to the report also alerted of an increased number of arms in circulation. Considering the continuous violent killings in the Middle Belt, and the entire national rate of violent armed crime and terror, it does not take much to appreciate the danger Nigerians are in as everyone who desires to possess a gun or even an anti-tank weapon, has one and is able to use it without risk of being locked up. In Nigeria today, when one person discretely shoots, he is a criminal, but once a gang of two make loud noise and beat and kill in a form of mob action, they are spared of any wrong doing. This impunity for mob and communal terror has cemented the foundation for insecurity and societal anarchy.

IMPUNITY AND EMPOWERMENT OF TERRORISTS

It is no news that the corrupt and the sponsors of terror are not only protected today, but are even rewarded and granted greater rights and privileges. In the current political dispensation, once you have amassed enough wealth and power to appear to be able to contribute a certain voter block, the government will patronize you. This grand impunity has discredited any attempt at appearing to be tackling corruption and terror in Nigeria. As long as sponsors of terror are protected by the government, support and cash flow to terrorists is guaranteed.

Government officials caught with bags of money and hand in pot are retained within the government and even if finally they retire, they never face repudiation for their crimes. Imprisoned terrorists, killers and looters are granted pardon or brought out of jail some other way and even the worst murderous dictators and looters of the nation’s history have been awarded national honors. The short term and long term impacts of this ‘canonization of terror’ as Noble Laureate Wole Soyinka phrased it and legalizing of corruption and criminality can only be dreaded. This is a nation under terror. The leaders are proud of their embrace of corruption and terror and wish to share this with the masses and teach all, old and young that corruption and violent and economic terror is a thing to be embraced and regarded. This dangerous situation of absurd impunity threatens the nation more than any other problem the nation has. Where there is no law and no justice there can never be peace. Without ensuring security, there can never be meaningful development. A radical leadership intervention is exigent at this time in Nigeria’s history to stem the tide of praise and patronage of terror, corruption and illegality.

The government is afraid of the masses. It knows the people are very different from it. The Civilian JTF in the northeast has increasingly come at odds with the state. These brave youth have gone after sponsors of terror, only to be fenced by the government that quickly comes to the rescue of the cabal, eight hours faster than they ever come to the rescue of the poor and elderly in villages attacked by Boko Haram. This administration is afraid of a true SNC. It is afraid of state police, regional power and restoring regionalism. The Status quo maintains arbitrary ethnic divides and frustrations that allow the government and cabal divert the attention of the masses from their atrocities to ridiculous religious and ethnic quarrels. One must admit that the government and their coterie of plunderers have thus far been a step ahead of the masses. If things remain as is, Nigeria is on a path to sure and certain calamity.

At this critical point, to protect life and restore hope, either a people or other event of force rids the nation of the current administration; or the people must work with this government and help it and force its hand to limit its misadventures till its tenure ends mid next year. These problems are serious; there will forever be scars from what has transpired not only in these last five years but from most of the years since independence. The global dependence on oil is changing; much of the ‘developed’ world has abandoned Nigeria. One notices European players are limiting their dependence on our oil and easing out their oil companies from Nigeria and allowing the Chinese take over. This is not by accident. This is because of their projections on what we have and are doing to ourselves. They view us as on a course of irredeemable decay and a long-term investment risk. Are we going to prove them right? Are we going to secure a future for our children, or leave them a ‘Darfur?’

Dr. Peregrino Brimah
https://ENDS.ng [Every Nigerian Do Something]