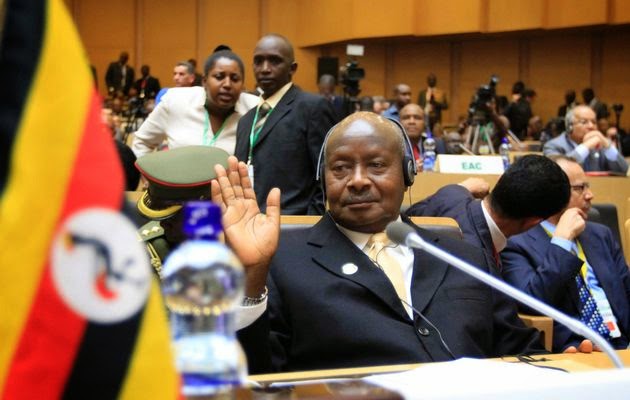 Less than one week after the United States of America sanctioned Uganda over its anti gay laws, the East African country has started feeling the pain.

The US last week froze some aid programmes and cancelled military air exercises and barred entry to the US for specific Ugandan officials involved in “human rights abuses”, including against the gay community.

Uganda warned today that the sanction would harm the “most vulnerable” in the country.

In February, Ugandan President Museveni signed a law calling for life jail term for homosexuals in the country.

“Uganda considers this announcement by the US regrettable as some of the halted funding and programmes in Uganda are those that will affect the most vulnerable people that the US government purports to support and aims to protect,” the foreign affairs ministry said in statement.

US Secretary of State John Kerry has likened the Ugandan law to anti-Semitic legislation in Nazi Germany.

21 thoughts on “Anti-Gay Law: US Sanctions Uganda, Stops Aid & Bans Ugandan Officials From Visiting The US”