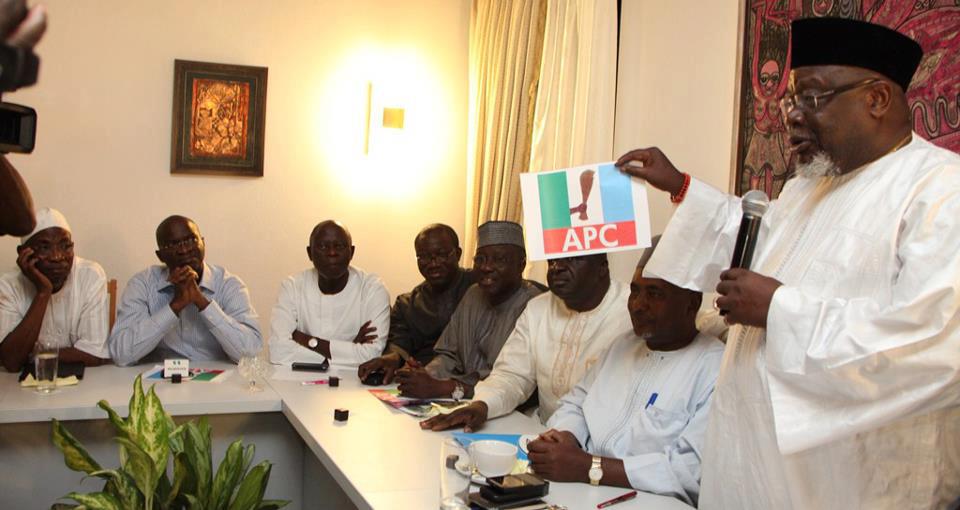 In a press statement issued today in Lagos through its National Publicity Secretary, Alhaji Lai Mohammed, the All Progressives Congress party,APC said Nigerians should enter year 2014 with a commitment to join the ongoing political move to set the country free after 14 years of PDP-led Federal Government.

“While wishing all Nigerians a great 2014, we hereby solicit their unalloyed support for our efforts to reshape the country’s political landscape, shake off the heavy yoke imposed on them by their selfish, self-serving and clueless leaders and make the country a source of pride not only to its citizens but to all black people in the world,” it said.

APC said the first step in what will be a tough but final battle to rescue Nigeria from the clutches of rapacious leaders will be to bring the citizenry on board the train of change that is barrelling through the country, and to ensure that elections in the country are free, fair and credible.

“As we wrote in the preamble to our manifesto, ‘democracy, to be stable and meaningful, must be anchored on the principle that government derives its powers from the consent of the governed….This means that governments are instituted on the basis of free, fair and credible elections, and are maintained through responsiveness to public opinion.

‘”In addition, the exercise of political authority is rooted in the rule of law. APC believes in the doctrine of social contract between the leaders and the led; which means that the public office holder is a trustee of the people and that power must be used in the interest of the people rather than in the interest of the public office holder’,” the party said.

It said in order to ensure that as many Nigerians as possible are brought aboard the APC train of change, the party will kick-start its membership registration drive early in the year, targeting in particular the youth who are indispensable in any effort to bring about change.

“We ask all those who are yearning for genuine change to seize the moment and embrace the engine of change, which the APC represents! Our compatriots who have lost faith in our dear country because of inefficient and corrupt leadership can count on us, because we represent committed, transparent and focused leadership,” APC said.

“We know skeptics will sneer at these and deride them as mere sloganeering. After all, Nigerians have been taken for a ride for the past 14 years by those who have mistaken transmogrification for transformation, and those who have relentless pursued power for the sake of power, rather than to use it to harness the country’s abundant human resources.

“But most things look impossible until they have been achieved, and the impressive record of performance in the states under our control, from Kano to Imo states and from Lagos to Edo, testifies to our ability, determination and willingness to make things happen for the benefit of our people,” the party said.

“They say President Jonathan’s achievement in 2013 is unprecedented, yet Nigerians celebrated the Christmas and New Year holidays in unprecedented pitch darkness and an unprecedented number of our youths are unemployed. They say they are winning the war against corruption, yet key government officials, including the so-called Coordinating Minister of the Economy, do not even know how much Nigeria earns from crude oil and gas sales, and what happened to 12 billion dollars earned from domestic crude lifting. They are so eager to cling to any straw of ‘achievement’ that they are celebrating the revival of the locomotive engine in the 21st century!

“Such is their insensitivity and total lack of compassion for human beings that the Jonathan administration will rather spend the nation’s scarce resources on importing animals for the Villa zoo and on purchasing presidential jets that they do not need.