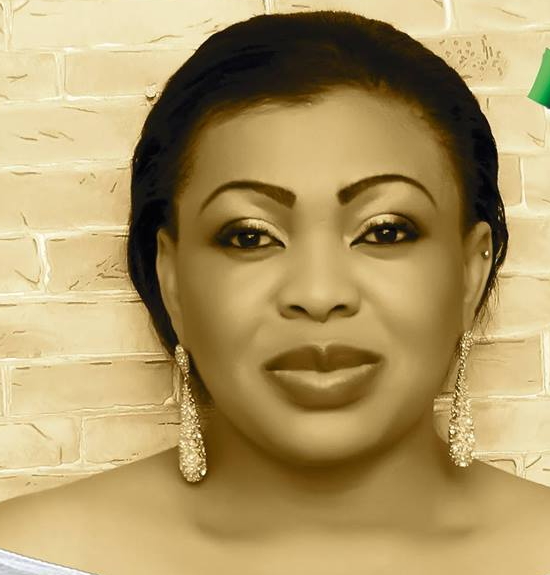 The actress was accosted by some robbers who blocked her vehicle at Ojuelegba bridge in Surulere Lagos. The dare devils numbering four rushed into her car, pointed a gun on her head and ordered her to drive to a nearby ATM machine where she withdrew an undisclosed amount of money from her bank accounts.

Her girlfriend, Victoria who saw what had happened tried to intervene but the robbers pointed a gun at her. She quickly rushed to a nearby police station to report the robbery.

See how the actress summarized her nasty experience below: 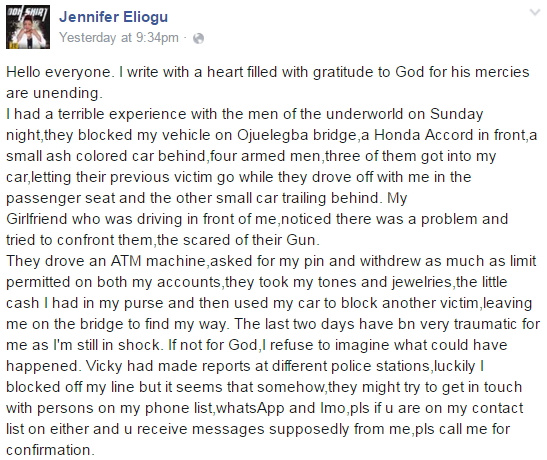 Lord have mercy!! why the sudden increase in armed robbery attacks.

These robbers have devised another means of robbing innocent Nigerians.

Thank God she is still alive to tell her story.

May God comfort her and others in similar situation.