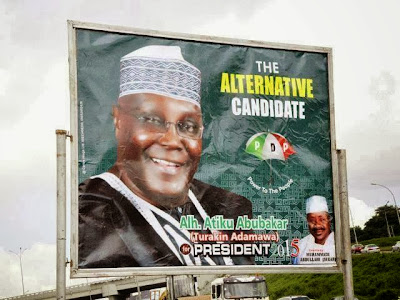 While we all think the man is getting ready to face Jonathan in the upcoming 2015 Presidential election, Atiku has distanced himself from the viral election posters.

The former Vice President said the billboards ads are not from him.

“It is baffling that people can erect billboards and posters in a city like Abuja in broad day light without being spotted and arrested by security agents”. – Atiku said few hours ago