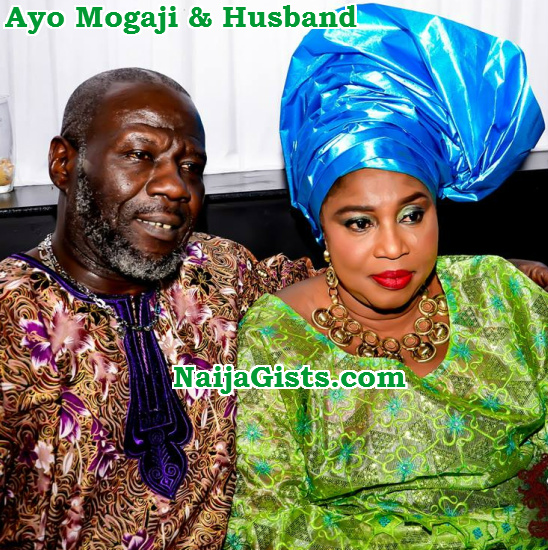 Younger actors seem to be enjoying brand endorsements from blue chip companies when just a fraction of the older ones benefit from the industry they toiled to grow. Does this bother you at all?

At the location where I am now, my director and I were discussing this same matter yesterday. What their criteria are I don’t know, but I know if you google my name, you would see what I’ve done and the rest.
It’s quite shocking that some people still think you’ve not done enough and that it’s only the new faces that can sell products and services. All well and good, if anybody needs my service, they will call me when the time comes.

Some of the older artistes we’ve interviewed lately claim producers are frustrating them. Does this claim hold waters?

Well, I glorify God’s name that I’m not from that school of thought. I’m working, I have a lot of projects I’m involved in, though it’s not my doing; it’s God’s. It’s true that the jobs are not coming as they should be, but I must thank God that I’m a busy artiste. As I’m talking to you now, I’m on a location and I’ve been here for a month.

Has the job been more rewarding from what it was five years back?

Well, what I will tell you is that in the Yoruba sector of the industry, which I’m privy to, rather than it to improve, it’s deteriorating. People will just begin to tell you that Idumota has spoiled market for them and all sorts of excuses. Those who used to pay you N150,000 previously want to price you down to N40,000. It shouldn’t be like that.

What are the actors doing to address this issue?

We have been coming together for as long as I can remember. I’ve been in this business for 35 years. We’ve come together so many times, but at the end of the day, you throw the knife up and all the times it lands on the flat side.
I’m just trying to bother about me and my family, do my business now and get out because if you make a resolve after a meeting, the next thing you would see is some people doing what’s different from what you agreed to do.

There are so many factions. Until we come together, we won’t be able to resolve what will benefit us all. I’m not talking about AGN, ANTP, NANTAP and all others. Let everybody be under the same umbrella, if we are, that is when we would have one voice because that is when we can collectively attack whatever we want to attack.

Forget the difference in our dialects; we have a common language in English. We can form a forum and with English language, there’s nothing I tell Nuhu Ali now that he wouldn’t understand. There’s nothing I will tell Amechi Nmagu that he wouldn’t understand. Let us all return under the umbrella of the National Association of Nigerian Theatre Arts Practitioners (NANTAP).

If we can do that, then we would be better for it. NANTAP was the first registered professional body for artistes in this country. And people are undermining NANTAP; it was under it that AGN broke out. The Actors’ Guild, Directors’ Guild and Producers’ Guild are all supposed to operate under the NANTAP. People are so selfish, otherwise why would Emeka Ike think that Ibinabo, who had assisted the guild in recent times, deserve to be taken to court? Nobody will be able to do anything if we fail to go back under one umbrella. What have we been able to do about piracy? Nothing!

Do you do anything aside acting?

All I do for a living is acting. It was just recently that I opened a pub (what the Yoruba will call beer parlour). I have it in Ibadan. I just felt the area I situated the business was lacking entertainment, I got a chance and I put it there. I’m seldom there anyway.

Are you based in Ibadan at the moment?

I’ve always been based in Ibadan. I come to Lagos often to work.
When setting out early in life, was acting your first career choice?
Nothing ever even occurred to me, it was God who just chose for me what to do. My mother wanted me to be a lawyer. At a point in time, they got me a job in a bank, but if I had to make my own choice, I would have loved to work in international relations outfit. I would love to work somewhere I can meet and interface between people.

Are you giving marriage another shot?

I’m only married once and I’m still in my marriage. My marriage will be nine years on December 23 and that is the only marriage I’ve had in my life. I’m married to Dr. Ayodele Oduleye.

Jibola was my boyfriend. We had a baby together before I got married. We never got married to each other. I’m married to a British Psychotherapist named Dr. Victor Ayodele Oduleye.