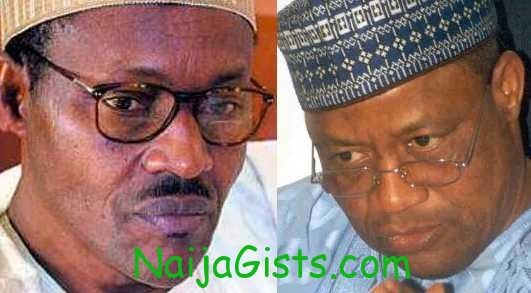 According to a report we obtained from the Nation newspaper, just few hours after President Jonathan and General Muhammadu Buhari took a swipe at former leaders, ex-Military President Ibrahim Babangida fired back. naijagists.com

He asked Dr. Jonathan to learn to accept criticisms and threatened to expose the “holier-than thou-attitude” of Gen. Buhari.

Gen. Babangida, who spoke through Prince Kassim Afegbua, his media adviser, reminded Gen. Buhari that those who live in glass houses should not throw stones.

He also advised Dr. Jonathan to look elsewhere, not him, if he is blaming past leaders that are criticising him.

Kassim said: “On President Jonathan, there is nothing wrong in criticism if it is constructive and in the interest of the country. Gen. Babangida is one unique former President who does not criticise a sitting President as a matter of courtesy.

“If President Jonathan is blaming past leaders, he should look elsewhere, certainly not IBB.

“On Gen. Buhari, it is not in IBB’s tradition to take up issues with his colleague former President. But for the purpose of record, we are conversant with Gen. Buhari’s so-called holier-than-thou attitude.

“He is a one-time Minister of Petroleum and we have good records of his tenure as minister.

“Secondly, he also presided over the Petroleum Trust Fund ( PTF) which records we also have.

“We challenge him to come out with clean hands in those two portfolios he headed. Or, we will help him to expose his. “records of performance during those periods.”

“Those who live in glass houses do not throw stones. Gen. Buhari should be properly guided.”

The battle of the Generals (lol)