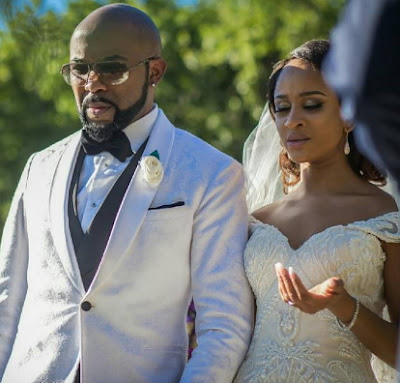 Nov 27, 2017 – How Banky W & Adesua Etomi Wedding Steals The Show From Nigerian Entertainers Over The Weekend

Some entertainers in Nigeria are not smiling by the way Banky W and his wife Adesuwa allegedly stole the spotlight in the past one month.

Though it started like a joke, it seems the young couple had temporarily snatched the limelight from popular entertainers like Omotola Jalade, Ortisefemi and even Daddy Freeze to certain extent.

The smart ones among them used prayer and fake praise to steal back the limelight but the hold the couple had on Nigerians was too strong for their love story to die down.

Worst hit is Oritsefemi who got married around the same time Adesua and Banky married in South Africa. 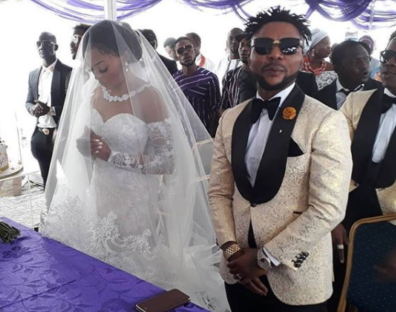 Though Oritsefemi married in Nigeria, his story was not as popular as that of Banky W.

The words on the streets is that some entertainers are really upset by the way the couple stole the show from them.

At a point Omotola Jalade tried to steal the show by advising the couple to take their affairs off the social media, but the young couple who understood the game allegedly ignored her advise. 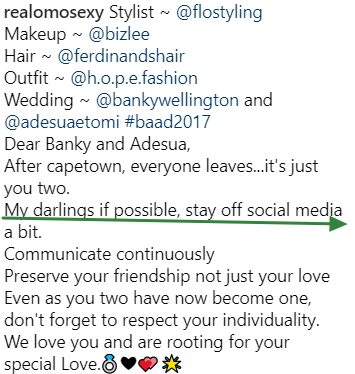 When the ‘commot for social media’ message didn’t resonate with the couple, entertainers quickly changed their approach by showering praises and prayers on the couple with the exception of Omotola who refused to congratulate the couple but instead shared clips from her old movies to bring back her loyal fans.

A sigh of relief came yesterday when the couple’ wedding story died down a bit as entertainers were able to gain back the attention of their fans.

We expect Banky W and Adesua to get back in the news today with their honeymoon location and official photos from their wedding ceremony.