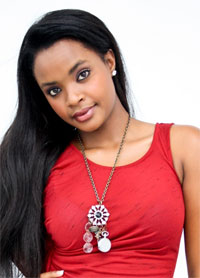 The winner of Africa’s most controversial TV show, Big Brother Africa, BBA 2013 has been announced.

The beautiful lady who was labelled underdog and spoilt princess has made history.

Dillish Matthews did her best to stay out of trouble throughout her time in the house.

Even those that engaged in sex scenes like Nigeria’s Beverly Osu didn’t achieve what she achieved.

Dillish Mathews is not without controversy, she messed up when a viral nude shower photo of her leaked to the net.

The second time Dillish Matthews got in trouble was when she got into a big disagreement with Nigeria’s Melvin.