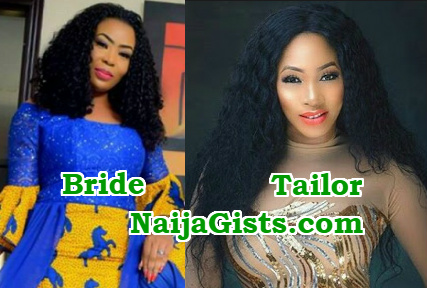 Mercy Aigbe’s designer released a cover up statement yesterday on why she disappointed a Benin bride on the eve of her wedding. 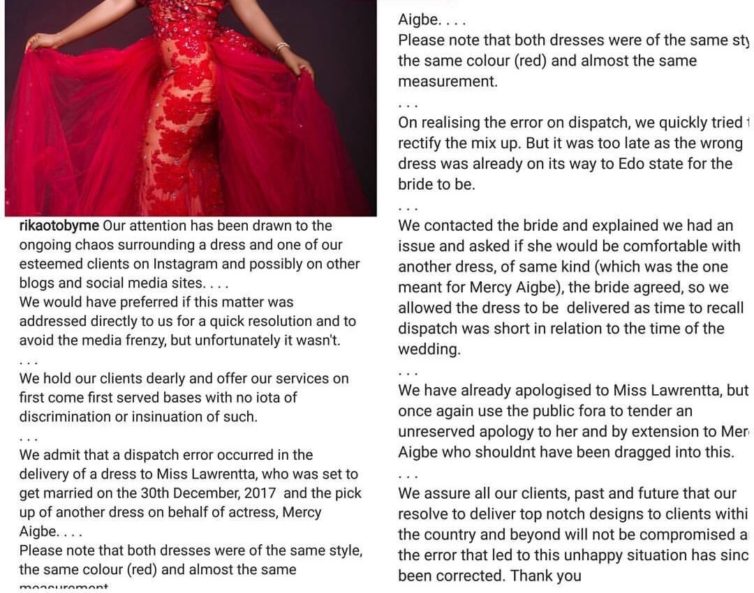 The disappointed bride also replied in this manner:

Reading your reply @rikaotobyme to the pain and embarrassment you deliberately caused my me for financial profit on the eve of and on my wedding day, I am convinced that you are indeed wicked. A wickedness that has consequences.

Firstly, in your response you claim there was a dispatch error. Was the error of dispatch the cause of the delivery agent’s number being “not reachable” as you claimed?

Secondly, you also claimed the “dispatch error” was too late to be rectified as the wrong dress was already on the way to Edo state. At what point was the “dispatch error” discovered since your staff Kate, dropped off the dress at Ojota at around 9pm for nightbus delivery?

Thirdly you claimed also that similarities in the dresses caused the “mixup”. If that was the case why did @realmercyaigbe on receipt of a dress that wasn’t hers still go ahead to wear it for her 40th birthday shoot and post on social media on the 31st of December ?

Mind you, the dress you sent to me was torn and musty on delivery, not in any shape for a client how much more a celebrity. While that which conveniently landed with Mercy Aigbe, was a fabric i purchased myself from @bshani_bridalfabrics.

Lastly in your response, you lied about apologizing to me. Since the 29th i have not heard a single word from you and there is not a chance in hell that what you called an apology on “public fora” or the chat above would suffice. 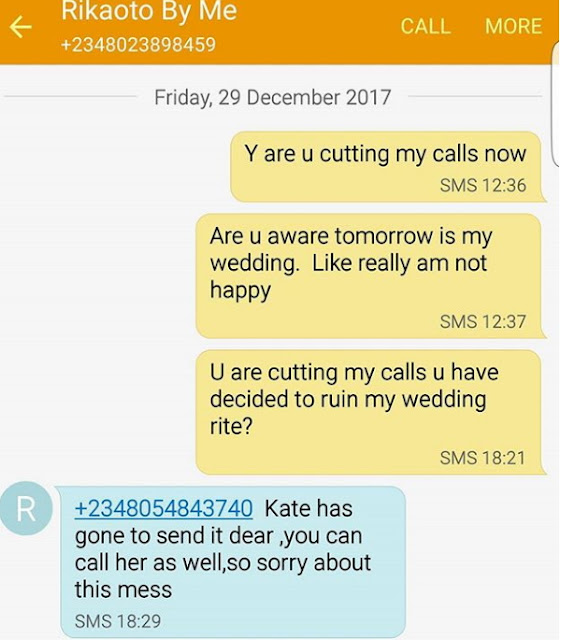 In all of this, it’s blatantly obvious from your statement you have refused to accept responsibility like a true professional should and sincerely apologize for your moment of indiscretion and weakness. Until then I am personally committed you face the full consequences of your actions and the pains you meted on me.