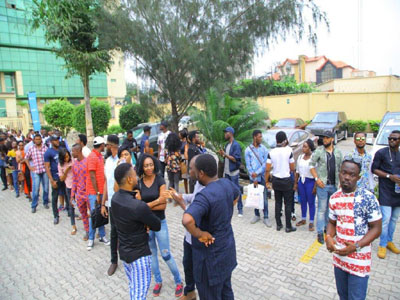 MultiChoice is bringing back the Nigerian version of the series after 10 years. It had announced after the last edition of BBA that each African country will stage the show henceforth.

Renamed Big Brother Naija, the show will have 12 housemates who will compete for the prize of N25million and a brand new KIA Sorento car.

During the show, a variety of Nigerian personalities will visit the Big Brother Naijahouse, including musicians and actors, while the show’s presenter will also be a Nigerian.

Meanwhile, auditions for the show have been concluded in Lagos, Abuja and Port-Harcourt, witnessing an impressive turn out of Big Brother Naija hopefuls from different backgrounds, each with unique skills and personalities.

Caroline Oghuma, Public Relations, Manager, MultiChoice, expressed her delight at the abundance of talent displayed during the auditions. She noted that the Big Brother reality show is about providing a platform to showcase people from different walks of life, creating an avenue for talent to be spotted and ultimately propelling people into superstardom.

“We believe that Big BrotherNaija will birth a new and refreshing crop of talented Nigerians. Judging from the energy we witnessed at the audition, it is safe to say that Nigerians are in for an amazing show,” said Oghuma.