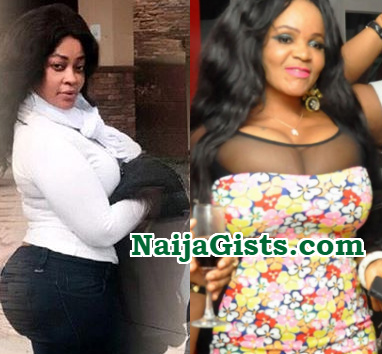 Just as we thought Apostle Suleiman sex scandal is about to settle, another scandal is evolving and this time around, it involves Nollywood actress Biodun Okeowo and her new rival Cossy Orjiakor who has been bashing her non stop on the social media.

Recall that the unholy romance between a Nollywood actress and a Port Harcourt based Pastor was recently exposed by a lady, well Cossy Orjiakor has reignited the story and this time around with a different twist.

This is how Cossy Orjiakor narrated what went down between Biodun Okeowo and her then boyfriend. 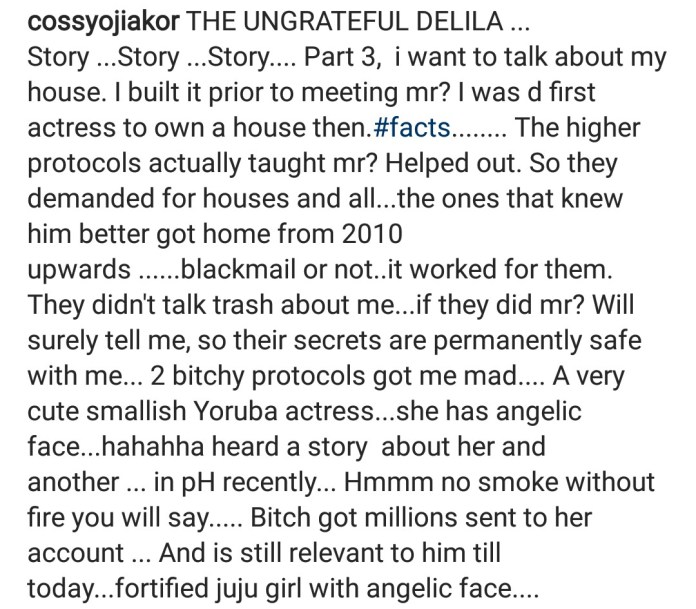 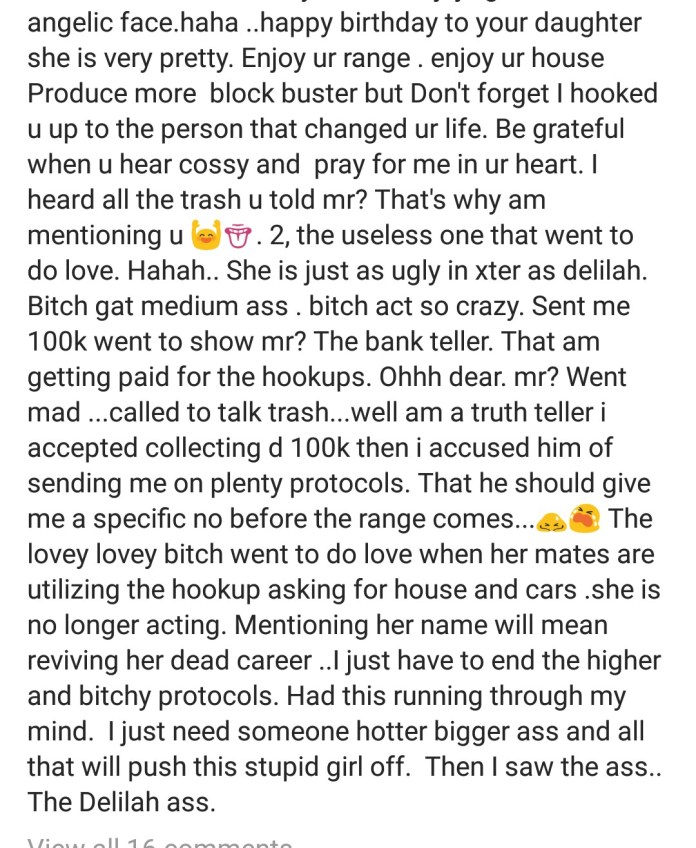 What pissed Cossy Orjiakor off is that the Range Rover her former boyfriend bought for and retrieved from her has now been given to Biodun Okeowo as a gift.

Note: Many got it twisted by thinking Cossy was referring to Iyabo Ojo, NaijaGists.com learnt that the person at the bottom of this scandal is Biodun Okeowo.

Check out her simple reply to Cossy Orjiakor’s brouhaha 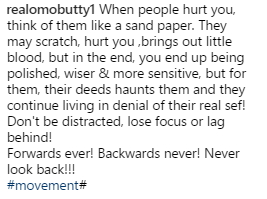 Let’s get to work on this, will bring you more detail soon.