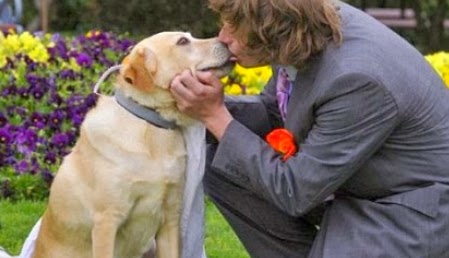 Paul Horner, a 35-year-old IT guru got married to his beloved pet dog named Mac. 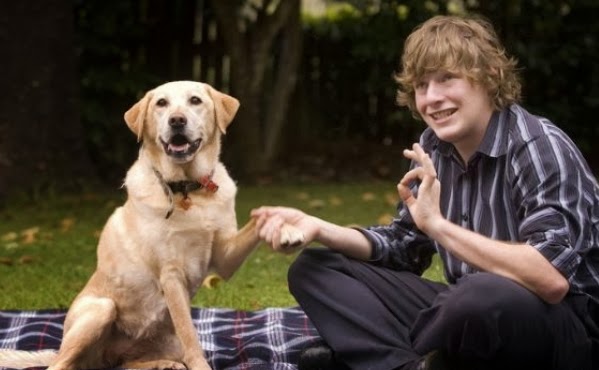 The marriage was officiated by Reverend father McHale at the Chapel of Our Lady at the Presidio in San Francisco last Monday.

During the bizarre wedding ceremony, the Catholic father said the union between Mac & Horner is the real definition of true love. He further said there is nothing as good as joining two living things in holy matrimony.

He even used the Holy Bible to join the man and the animal together.

Here is an excerpt from the wedding speech:

“This is the definition of true love my friends. There is nothing more sacred than the bond between a man and his faithful dog,” .

“Now, since it is recognised as a legally binding marriage in the state of California, Mr. Horner and Mac will have all the same tax  benefits and everything else coming to them that a regular married couple would receive. It’s a fantastic day to be alive!” Rev. McHale said

So how could this have happened? In the book of California’s State Laws and Regulations there is a little known law that was passed as the state was first forming in 1850.  Article 155, paragraph 10,  clearly states:

In attendance was Horner’s entire family who flew in from Hawaii to witness the event. Mac had her puppies on hand and making a special celebrity appearance was Alex from Stroh’s and Spuds Mckenzie.

The couple plan to do their honeymoon in Montana.

See more photos from the bizarre wedding ceremony below: 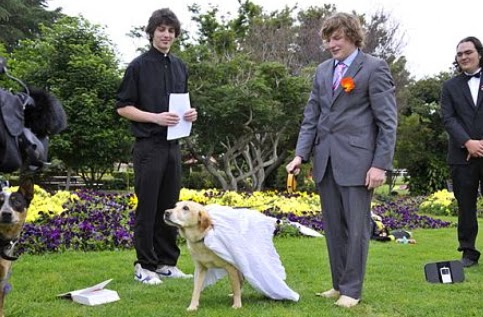 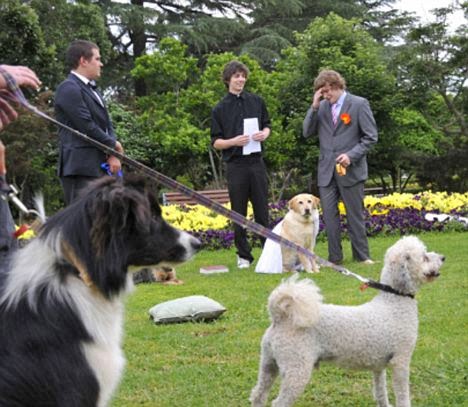 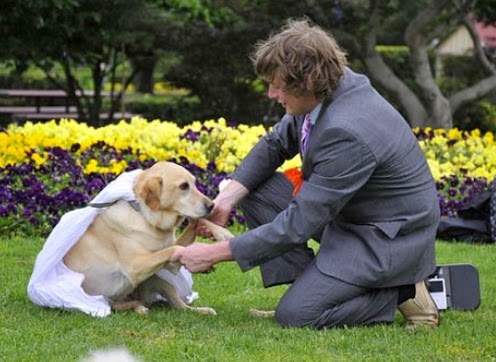 Is this for real..Lord have mercy!