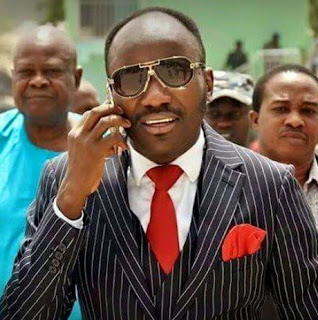 The movie titled Black Elijah aimed at correcting the mistrust his alleged extramarital affair with Canada based former runs girl, Stephanie Otobo caused will premiere at Lighthouse Cinemas in Warri Delta state this weekend (Sunday the 4th of February precisely). 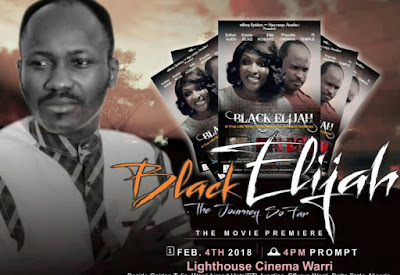 In the movie many claimed overrates Suleman’s personality, the controversial cleric is portrayed as the Black Elijah of the 21st century.

Esther Audu, Jide Kosoko and other celebrities featured in the movie directed by Emma Blaq.

Falana To Obasanjo: You Ruled Nigeria For 11.5 Years & Left Us In Permanent Darkness
Why I Cook My Own Food – Ime Bishop Umoh Okon Lagos